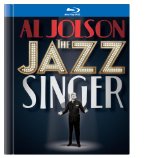 Plot: A run away Jewish man who goes against his family heritage is given the opportunity to be become a jazz singer. He tries to balance his relationships but must make choices that many may or may not like to make. The first talking movie.

Moral: Just don't get him a prayer shawl.

Credited as one of the first films to incorporate musical numbers in an era of silent film. That's mostly all this has going for it. The story is lackluster in it's simplistic presentation. Besides the singing, it's an average depiction of usual silent cinema.

In my mind, this movie is racist. While I respect it and thank it for being the first talking movie of all time, but being first usually does not mean it's great! See it only for its historical significance - if you can sit through it.

A film that exhibited profit potential of feature-length "talkies." The story revolves around traditional Cantor Rabinowitz, the father of the talented Jakie Rabinowitz (Al Jolson, a then popular real life singer). Sara, Jakie's mother, understands his son's passion unlike her husband who despises the direction he is headed. After running away Jakie encounters Mary Dale, who helps him in his singing career. Poor editing, wrong grammar in the messages and some unanswered sequences (what the father's sickness was, why the transformation of being white to black, etc.). Themes of pursuing your passion, following your parent's messages, ambition were delved in the film. Still worth a look for historical purposes and film aficionado's too see what the fuss was about then, which is really …

Top Films of 1927 by Neobowler

To be literate by mcmath

No posts have been made on this movie yet. Be the first to start talking about The Jazz Singer!