In the Name of the Father Movie Information 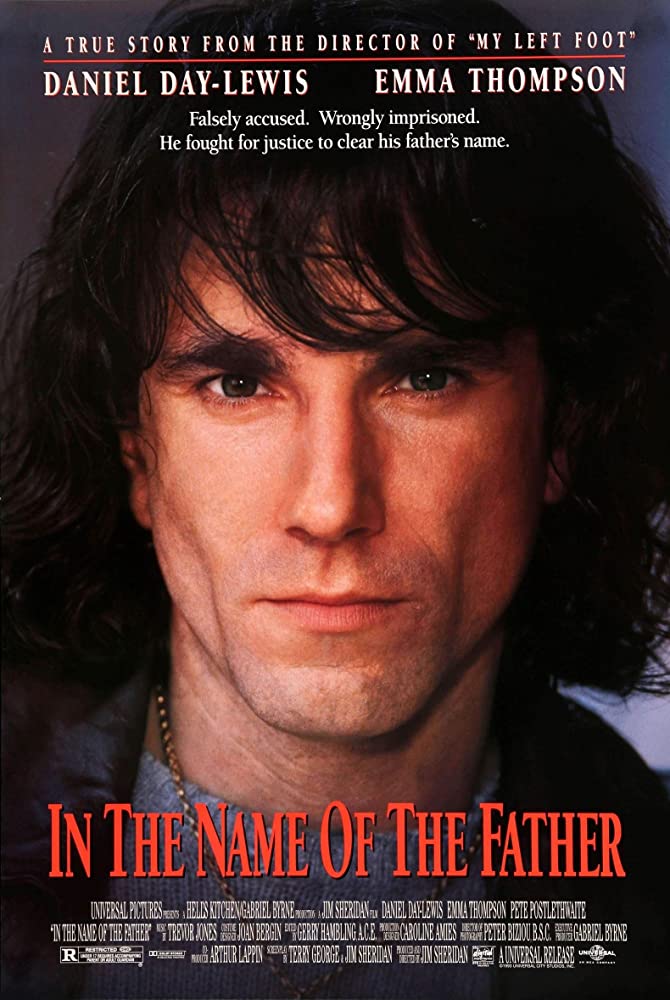 Plot: An man and his father are wrongly convicted of IRA terrorist bombings in 1970s England, and must fight against all odds to prove their innocence. -- pixienerd487

Simultaneously gripping, unflinching, and ultimately inspiring drama about Irishman Gerry Conlon (Day-Lewis) and his father (Postlethwaite) who were unjustly convicted of a terrorist bombing in 1970s England. A compassionate lawyer (Thompson) fights to clear their name in this true life story. Daniel Day-Lewis and Pete Postlethwaite are excellent as a deeply fractured son-and-father that must survive incarceration together and achieve true justice.

A moving and powerful legal drama that succeeds when it focuses on the emotions of a family put under great duress. The legal courtroom parts get bogged down with pacing issues sometimes, but the personal moments between father and son in prison are golden. Both Day-Lewis and Postlethwaite turn in magnificent performances.

In the Name of the Father review

A film about the real story of the Guildford Four, 4 individuals wrongfully accused for being responsible in the IRA's Guildford pub bombings. Gerry Conlon (Daniel Day-Lewis) is a carefree soul who does everything to survive with friend Paul Hill (John Lynch). The other 2 victims were Paddy Armstrong (Mark Sheppard) and Carole Richardson (Beatie Edney). The heartless Inspector Robert Dixon (Corin Redgrave) was responsible for imprisoning the four which includes Giuseppe Conlon (Pete Postlethwaite). Gareth Peirce (Emma Thompson) is a lawyer who sides with the Conlonâs to attain justice. From the beginning of the film, it will grab your attention because of its enticing soundtrack (Bono, The Kinks, Bob Marley, Sinead OâConnor, etc.) and the development of Gerry. A brilliant …

Best Picture Nominees - 1993 by The Host

No posts have been made on this movie yet. Be the first to start talking about In the Name of the Father!