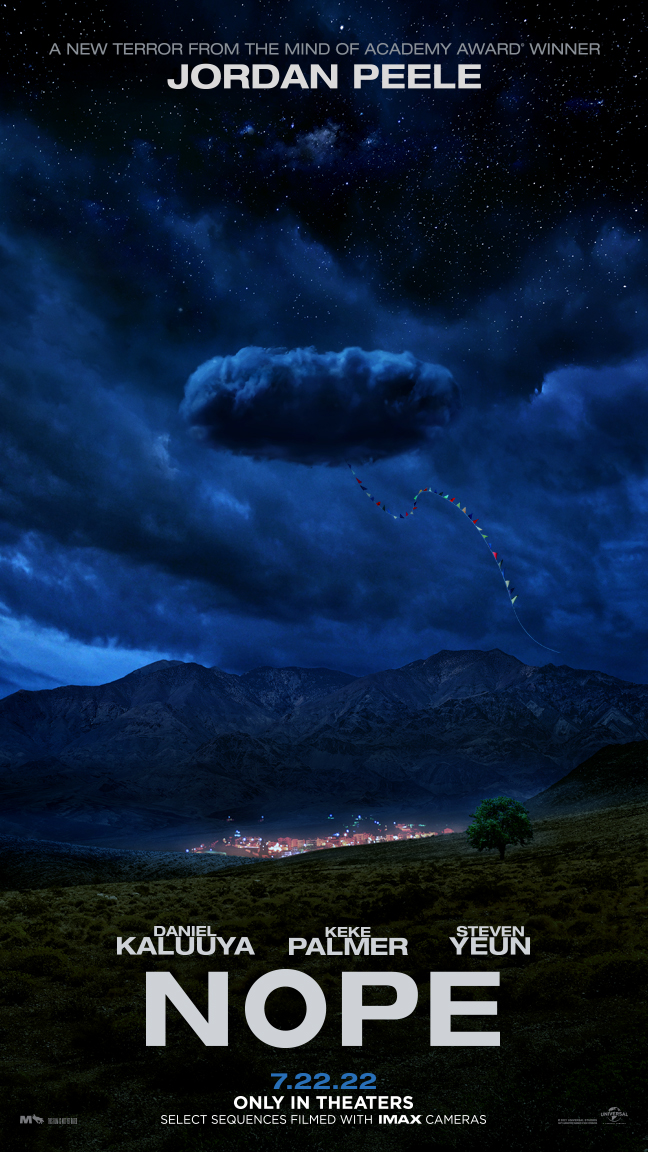 Plot: Hollywood's only black-owned horse ranch, situated in an isolated California gulch town, gets a very close encounter with a spaceship. Hoping to capitalize on the phenomena by getting it on film and presenting it to the world, owner Emerald Haywood puts a plan into motion. But it turns out the aliens really want to be seen - and looking up may be a death sentence to everyone. -- Chris Kavan

"Nope" is certainly not what I was expecting to be, nor is it everything that it possibly could. But it's more than good enough as is; an ominous, inspired reimagining of the UFO story that creatively allegorizes trauma and mass media consumption.

If nothing else, Jordon Peele is a man not afraid to take chances. Get Out and Us are both films that are made even better by reflecting a lens on modern society. Nope is that same - even if it is a more divisive film - and one that lives up to Peele's idea of spectacle.

The spectacle starts off with a bang - a bloody chimp and a gruesome and seemingly random death - but both prove to be part of a much larger story ahead. That story is anchored by Daniel Kaluuya and Keke Palmer, siblings OJ and Emerald who, following that sudden death of their own father, are now the owners of Haywood Hollywood Horses with a lineage that can be traced back to the first true motion picture of a black man riding a horse. But this heritage can only get them so far, and their black-owned ranch is …

No posts have been made on this movie yet. Be the first to start talking about Nope!