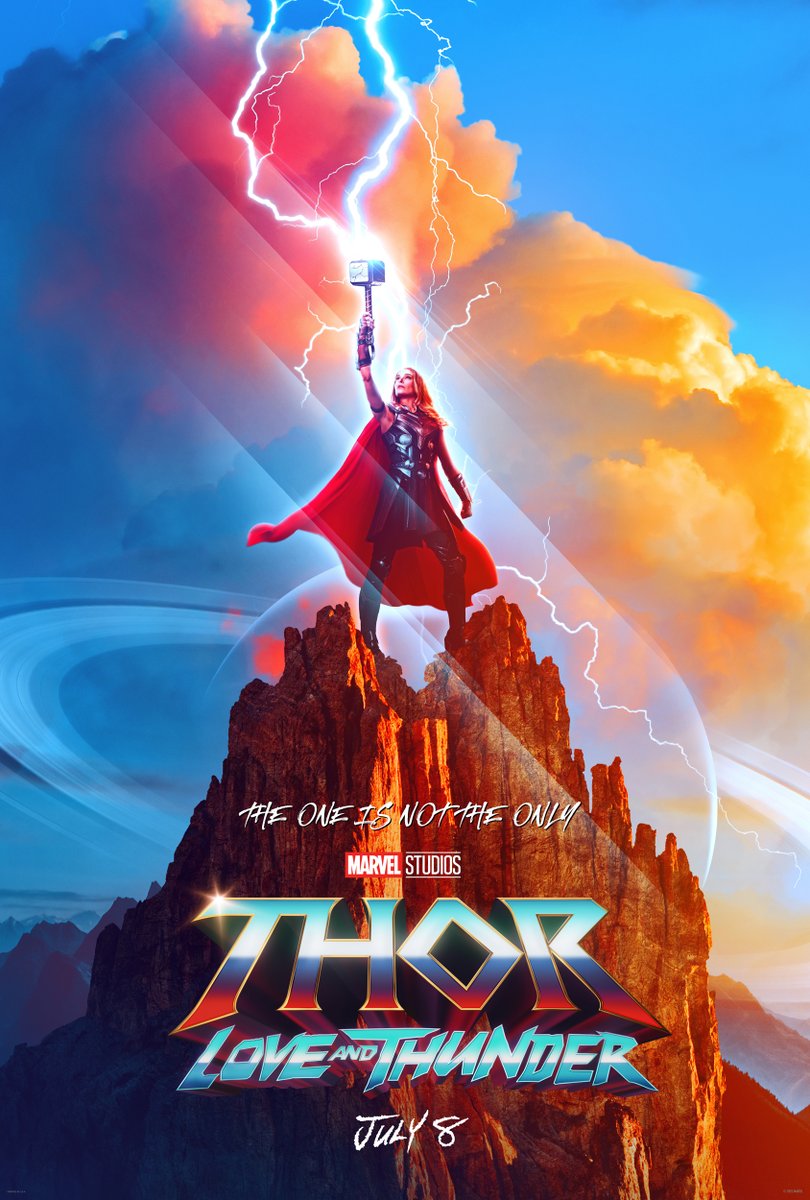 Plot: Thor is all set to enjoy his retirement, even tagging along with the Guardians of the Galaxy. But his plan is derailed by the appearance of Gorr the God Butcher. Teaming up with King Valkyrie, Korg and ex-girlfriend Jane Foster - who somehow now wields the mighty Mjolnir as the new Mighty Thor - they must stop Gorr and his plan to eliminate all gods from the universe. -- Chris Kavan

Chris Hemsworth carries this fast paced sequel that has big ideas and an intimidating villain (played by Christian Bale no less). Unfortunately the script for âLove and Thunderâ is really uneven. Thereâs wonderfully choreographed fight scenes and colorful scenery. A city full of godlike beings is a highlight. The return of Natalie Portman as Jane Foster is actually a plus. Sheâs surprisingly good in this. But thereâs a lot of corny jokes that donât often work. Bale is creepy as the evil Gorr the God-Butcher but he is not onscreen that much. The ending takes a few chances I didnât expect and it was heartwarming to see. The movie is not as good as âThor: Ragnarokâ but itâs still better than the second Thor movie.

I saw this film because I wanted to kill time, and alas I did.

Aside from Christian Bale's excellent portrayal of Gorr the God Butcher there's nothing that particularly stands out about "Love and Thunder," a visually muted and unimaginative follow-up to the vastly superior "Thor: Ragnarok."

It is never a good sign when I am rooting for the main villain to kill all the heroes.

It is also not a good sign that freaking Deadpool did a better cancer story than this.

One of the most irritating movies I have seen in a while. Annoying in terms of how every character (except Gorr) is a comedian and annoying how much potential is wasted.

The movie felt like Saturday Night Live sketch stretched out to two hours.

The movie could have been a dark finale to the character of Thor. I mean, this is the same god who lost his mother, father, brother three times, his home, and lived with guilt for five years after failing to kill Thanos the first time. If that wasn't bad enough, his ex-girlfriend Jane Foster is dying from cancer, and on top of that, there is a new villain who …

Thor Brings It Both

Taika Waititi rescued the Thor series with Ragnarok and while Love and Thunder is not quite as fresh, it's still wildly entertaining, peppered with plenty of humor but also a lot of heart - and plenty of Guns 'N Roses for good measure.

Before we even hit the 80s era guitar Marvel theme intro, we get introduced to Christian Bale's Gorr, who is walking in desolate wasteland with his young daughter - both look near death. It isn't long before death does indeed come, even as he begs his local god to save him and his daughter. When he finds himself in an oasis - and comes face-to-face with his god her has followed his life - and has witnessed every other follower die - he realizes his god is kind of a dick. But lucky for him, he is granted the ability to wield - and is thusly cursed - by …

No posts have been made on this movie yet. Be the first to start talking about Thor: Love and Thunder!