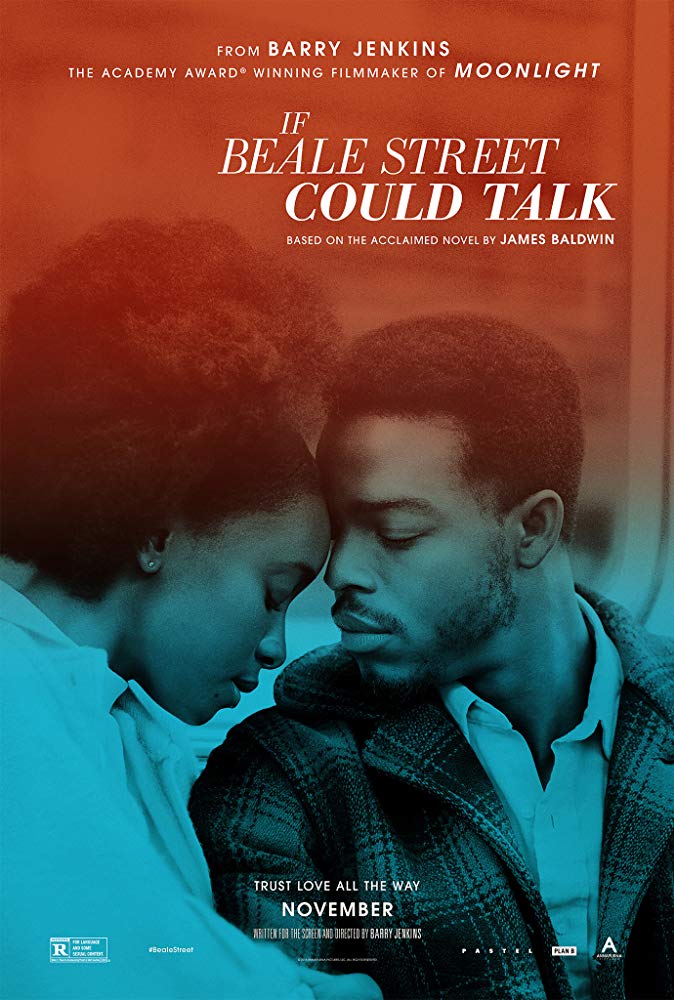 Plot: Set in Harlem, a young woman sets out to prove the innocence of her fiancÃ© even as she finds herself also preparing to give birth to their first child. -- Chris Kavan

While the pace may seem slow to some, If Beale Street Could talk is bolstered by some powerhouse performances from leads KiKi Layne and Stephan James, as well as strong support from Regina King, Teyonah Parris, Colman Domingo and Michael Beach. Barry Jenkins is an adept at using both light and sound to great effect and the film sends a powerful message that rises above mere injustice to something with much more emotional depth and humanity.

Each scene is meticulously handled to make you feel every ounce of its power. "If Beale Street Could Talk" repeatedly begs the question, "What would you do and how far would you go for the people you love?"

An aching solemn but exceptionally acted drama about a young couple's tribulations in 1970s Harlem. They face one hardship after another, culminating in the male protagonist Fonny (James) being wrongly incarcerated as his lover (Layne) has to prepare for her firstborn's arrival. James had a mediocre debut in the otherwise solid 2016 film RACE but he's far better here, displaying love or anger or hope or fear at his various situations. Kiki Layne is great as the beleaguered expecting young mother. Regina King is very good in the part that earned her first Oscar. The plot is nonlinear and doesn't really unfold until the close of the second act. It takes a while getting there but it's worth it. The story is perhaps a tad too grim at times.

The hook was clear: A woman finds out that she is pregnant after the father of her child got sent to jail. However, I felt that the obsession to emphasize racial discrimination in multiple scenarios disrupted the overall flow of the story which led to the failure of having an immediate impact. I got that it is true and intimate, I just got distracted to some parts that are forceful to make a point. Not that I do not see the value of the message, but I appreciate a more subtle yet effective approach of getting the message across. Still, a good story to tell and relatable characters to present. On technical side: Regina King was great; the production design and cinematography are visually appealing and engaging. I was not really got into it as I hoped for, but still good filmmaking.

No posts have been made on this movie yet. Be the first to start talking about If Beale Street Could Talk!