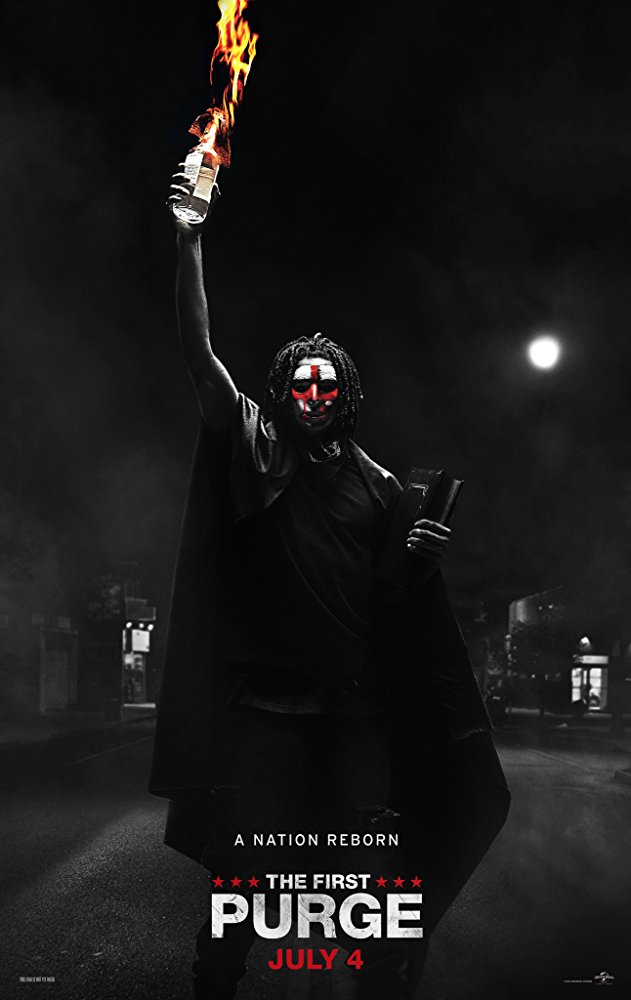 Plot: With the rise of a third political party, dubbed the New Founding Fathers of America, a social experiment will take place on Staten Island where, for 12 hours, all crime will be legal. While no one is required to stay, $5000 is offered for each who participates but behind the scenes a more sinister experiment is taking place. -- Chris Kavan

Tries a bit too hard to incorporate current events into a horror film about making all crime legal for 24 hours. In this case, it's held on Staten Island as an experiment - but there is plenty of references and visuals to the alt-right, Trump and other related content that feels pretty much spot on - but still kind of random for a horror film. Its a bit politicized for my enjoyment but I guess if you've watched the other Purge films, this one will satisfy.

No posts have been made on this movie yet. Be the first to start talking about The First Purge!