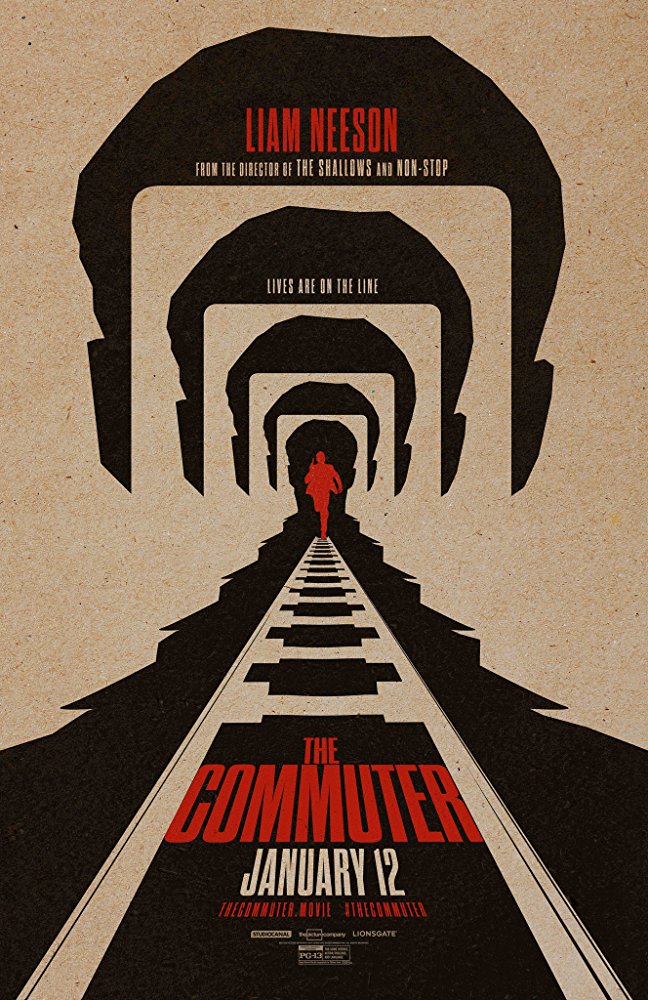 Plot: On his daily commute home by train, unassuming insurance salesman Michael Woolrich is contacted by a fellow passenger, a stranger, who offers him a tidy sum of money if he can identify a secret passenger. But he soon realizes the stakes are dangerously high - not only for him, but for everyone else on the train. -- Chris Kavan

Did Liam Neeson already star in a movie like this called 'Non-stop', but this time it's a train, not a plane. It's even got the same director, Jaume Collet-Serra.

Jaume Collet-Serra is becoming one of the most reliable genre directors in Hollywood today. His latest film, The Commuter, is another solid thriller with an always watchable Liam Neeson playing yet another everyman protagonist caught up in a sinister conspiracy while on his daily commute by train. The movie makes good use of the confined spaces onboard a passenger train. The third act is pretty silly but like in other films by Collet-Serra, it's earned it.

The Commuter is EXACTLY what I thought it would be. You've probably seen some of Jaume Collet-Serra's other work (Unknown, Non-Stop, etc.), so you would know he basically makes Harrison Ford movies starring Liam Neeson with Hitchcockian premises in the style of 1980's Polanski, and they're all quite enjoyable. This film is no exception, and may be his best yet. The momentum dies somewhat near the end, but for 80% of its runtime this is a classic, no-holds-barred thriller. A good lazy afternoon movie.

Come on Liam. You can do better.

You work hard,
you play by the rules,
youâre a good soldier,
and you donât deserve it.
But the reality is sometimes
soldiers end up casualties.

Do you want to know what I still remember from âThe Commuterâ? Well, actually itâs not that much anymore. Itâs that kind of movie. Only the opening scene where you see Michael MacCauley (Liam Neeson) performing his recurring morning ritual. From getting up to the ride to the metro station with his wife. A unique piece of film? Or is it a copy of the opening scene from âRebirthâ where you see the protagonist performing his daily morning activities as well? A way to demonstrate the daily grind of working people. Only Michaelâs daily pattern is being discontinued in a rather harsh way when heâs being fired at work, where …

No posts have been made on this movie yet. Be the first to start talking about The Commuter!