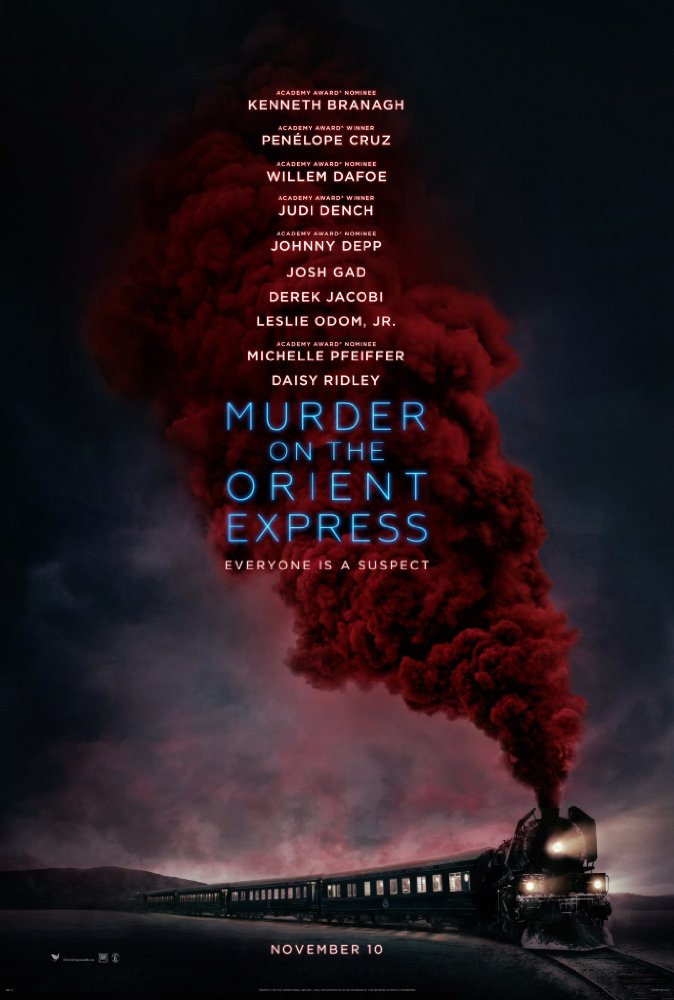 Plot: Based on the classic murder-mystery from Agatha Christie - a lavish train ride for the well-to-do turns into something much more when a murder occurs. Thirteen strangers - one culprit and one dashing investigator, Hercule Poirot - everyone claims their innocence but the truth will come out - but will it be soon enough before another murder? -- Chris Kavan

A killer cast with dull execution.

In general, my biggest concern was the direction, ultimately the cinematography. Camera movement were rough and lighting was very inconsistent. You could easily identify scenes largely composed of CGI. Poorly choreographed action sequences. This could have been a classic mystery but fell short in many aspects.

The classic Agatha Christie murder/mystery has seen several adaptations over the year, most notably the 1974 version, but Kenneth Branagh manages to update this in a stylish manner and does so with an outstanding cast. With such a large cast, you feel to want to get to know each character better, but I can't fault casting both well-established (Judi Dench, Willem Dafoe, Michelle Pfeiffer and PenÃ©lope Cruz) and fresh face (Daisy Ridley, Leslie Odom Jr. and Josh Gad) talent. The look, the language, the dialogue - all spot on and it will be interesting to see where it goes next.

A film of a classic that won't become a classic

âMy name is Hercule Poirot and I am probably the greatest detective in the world.â

Voila. We Belgians can also be proud of the Hercule Poirot phenomenon in addition to our world-famous beers and chocolate. Probably the best detective in the world. And yes, he comes from this tiny country in Europe. The fact he's actually a fictional person created by Agatha Christie, we forget for a moment. This vain, anything but modest, equiped with an enormous moustache, ingenious Belgian detective has already been played by a whole series of actors. But for me it's David Suchet who lived up the most to the image of Poirot.

Kenneth Branagh directs and stars as the famous detective Hercule Poirot. It's a beautifully filmed and lavish looking movie. The costume design and scenery is a feast for the eyes.
To sum up the plot without spoilers, the script is similar to the 1974 adaptation with a few tweaks here and there. Its faithfulness makes it adequate but it's not as fresh as the original movie. I did appreciate the odd chase scene that occurred and some effective visual changes.
The ensemble cast is mostly good. Some people are shortchanged due to simply there being such a big cast in the first place. It's pleasant to see Johnny Depp play an actual human and Branagh is a good Poirot.
The script does play with the sexism and racial attitudes generally ignored by Agatha Christie adaptations of the …

No posts have been made on this movie yet. Be the first to start talking about Murder on the Orient Express!