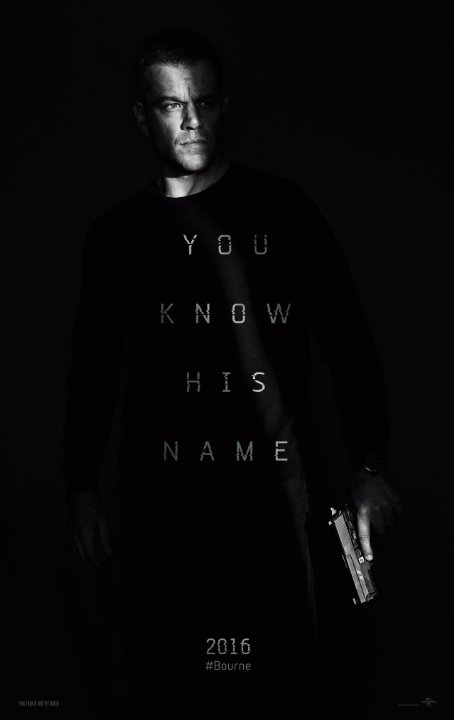 Plot: The one-time covert agent who was part of a government experiment, Jason Bourne, has finally solved the mystery of who he truly is. Armed with this knowledge, he seeks answers about the past. -- Chris Kavan

It's another Bourne movie with Matt Damon and director Paul Greengrass teaming up once again. The action scenes, especially the opening during a Greek protest and the finale in Vegas are fantastic. But in between, things slump. Alicia Vikander seems almost wasted in her role while the timely technological surveillance angle has been overplayed in other movies. It's a good Bourne movie, just not that memorable.

Okay before I talk about "Jason Bourne" let me talk about the other films first, as I think this is the perfect time to quickly talk about other ones, because I like the Bourne trilogy.

The Bourne Identity was a great movie not because of the action or anything, but because of the mystery surrounding the main character. Matt Damon was the perfect choice to play Jason Bourne as I can't imagine anyone else taking that role.

The Bourne Supremacy did a lot of things better than Identity, in terms of the ending, the emotion and just how violent it is. The one thing that no one talks about in Supremacy is how smart it is of delivering the emotion from characters. There's no sad music or overly dramatic dialogue to make you feel something; no, it was all from the actors who had to deliver …

Matt Damon is being chased by the government again. Government is run by good guys and bad guys. Government has nasty scary people working for them. Matt Damon beats the shit of them. Or kills them. Jason Bourne will be noted for its high body count compared to the other films. The best part of the movie is definitely the climactic car chase in Las Vegas. It's no coincidence that this just so happens to be the only big action scene not using shakey cam. The one-on-one fight scenes aren't badly directed though and are surprisingly brutal. I
If you saw the rest of the Bourne movies, even the abysmal Legacy, then you can guys the plot before the credits roll. Why not have Jason Bourne fight actual villains for once to change things up like terrorists or gangsters? Or hell give him a female …

No posts have been made on this movie yet. Be the first to start talking about Jason Bourne!