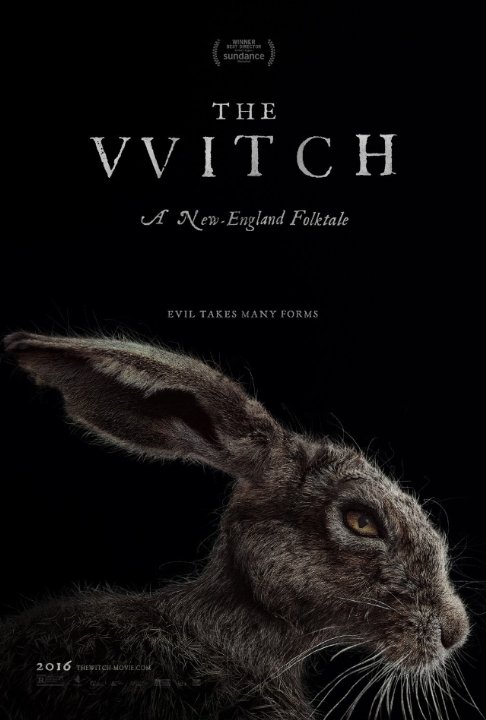 Plot: In 1630 a devout New England family - William, Katherine and their five children, lead a hard but rewarding life on the edge of a vast wilderness. But when the youngest child goes missing and their crops begin to fail - the family turns on one another as fear and paranoia grip them as they search for an evil that may or may not exist. -- Chris Kavan

"The Witch" doesn't resort to cheap jump scares to keep you on eggshells. After a slow but steady start, it makes for nervous and refreshing horror.

The VVitch is an instant horror classic, and Ana Taylor-Joy's amazing breakthrough performance will always be indelibly associated with it.

"I am that very witch. When I sleep my spirit slips away from...my body and dances naked with The Devil. "

Wow, this was the biggest disappointment of the year. After reading some laudable messages and the rather misleading recommendations on certain websites, I thought I was ready for again another original horror that, unlike most in this genre, doesn't have an overused subject. In retrospect I really wondered where the horror started in this story. Yes, the language used in that time terrified me. That's for sure. I understood absolutely nothing and I was glad that subtitles were provided. Is it the religious devotion in those days that scares you? I would call it religious insanity. As soon as something happens, those arms go up to the sky and that all-encompassing divinity is …

I hate Morden day audience when it comes to horror.

I saw "The VVitch'' back in early March and I thought it was decent, but I didn't understand what all the fuss was all about. Yeah, it looked nice and it had a chilling atmosphere but that's the only thing I got from it. Well, to be fair, I think I was the only one that I liked this movie compared to my friends and family, as they thought the movie was terrible. I liked the movie but I thought it was kind of slow, I was a bit confused at times and the movie didn't stick with me after it was done. If I was reviewing this back in March, I would probably give this movie a 3/5.

But after re-watching the film, I actually liked it even more and there was a lot of things that I can't believe I missed on my first viewing. I don't know …

'The Witch' is a satisfying breath of relief for the horror genre. We NEVER get something of this genre specific caliber in mainstream cinemas. To the distributers who paid for this service: THANK YOU! After sitting through all the tired, boring, cliched, stupid, wretched, company mandated crap that plagues movie screens, we finally get a true horror film. 'The Witch' is steeped in the lore of the pioneering days in early America. The setting, the production design, the characters, and (especially) their dialogue, are all one hundred percent historically accurate. This detailed aspect makes the film immediately immersive. The story focuses solely on one family who have moved - or been partially kicked-out - from the safety of their group settlement to brave the land on their own. …

No posts have been made on this movie yet. Be the first to start talking about The Witch!