The Girl on the Train Movie Information 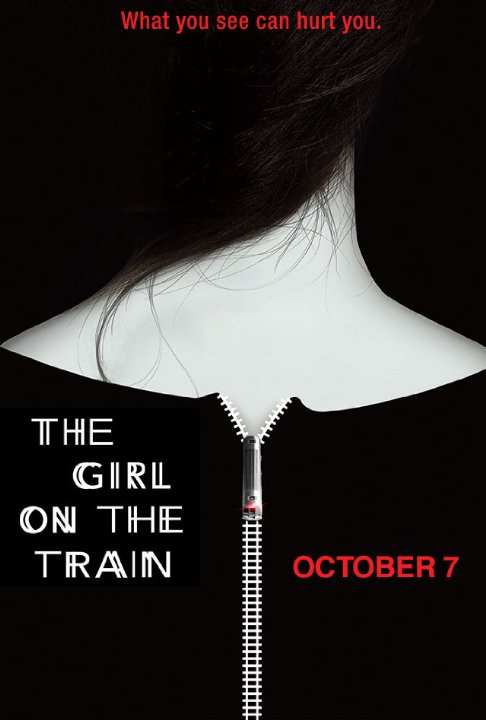 Plot: Rachel Watson has tried to move on with her life following her divorce. Yet every day she takes the same train - the same train that passes by her former house and her former husband and she glimpses his new life. In order to cope, she begins to watch another house with another couple and she creates the perfect world and relationship for them. But she witnesses something that shatters this image and enrages her. The next morning she wakes up battered and sporting a hangover and no memories of the night before other than a lingering feeling of dread. When she learns the woman she has been watching has gone missing, she pays close attention to the case while trying to unravel what really happened that night. -- Chris Kavan

Underwhelming in every sense and distractingly scattershot, this bogus romantic thriller aspires for the cinematic greatness and complexity of "Gone Girl," but ends up looking more like an episode of "The Young and the Restless."

The film is worth watching simply for Emily Blunt's performance as an alcoholic woman still obsessed with her ex-husband and also a couple she watches from the train she takes to and from New York every day. The film is pretty dark, with a lot of back-and-forth between present day and the past. A strong cast really makes this worth watch, even if the story wasn't quite as good as I was expecting.

It's unfortunate that THE GIRL ON THE TRAIN will be constantly compared to GONE GIRL which is the better movie. But the former is still pretty good. Emily Blunt acts the hell out herself and the supporting cast is great. But it's a slow paced story next to GONE GIRL and I guess that's what turned a lot of people off. But the twists and direction is solid. Definitely worth a look.

"The Girl On The Train" by Yojimbo

A young woman struggling with alcohol addiction fixates upon the seemingly idyllic life of her ex-husband's nanny, but when this perfect woman goes missing after a drunken confrontation of which she has no memory, she begins to fear that she may be in some way responsible.

The Girl On The Train is very much a slow burner as for the first half of the film it seems more of a character study of an alcoholic and their feelings of loss and grief than a thriller; in some ways it reminded me of Keane. But when the investigation takes some unexpected turns, the mystery aspect becomes rather intriguing and it morphs into a Hitchcockian psychological mystery that cleverly slots the various pieces of the puzzle into place while constantly keeping you guessing. In retrospect, the identity of the …

Most Predictable Thrillers of All-Time by truckturner

No posts have been made on this movie yet. Be the first to start talking about The Girl on the Train!