Ant-Man and the Wasp Movie Information 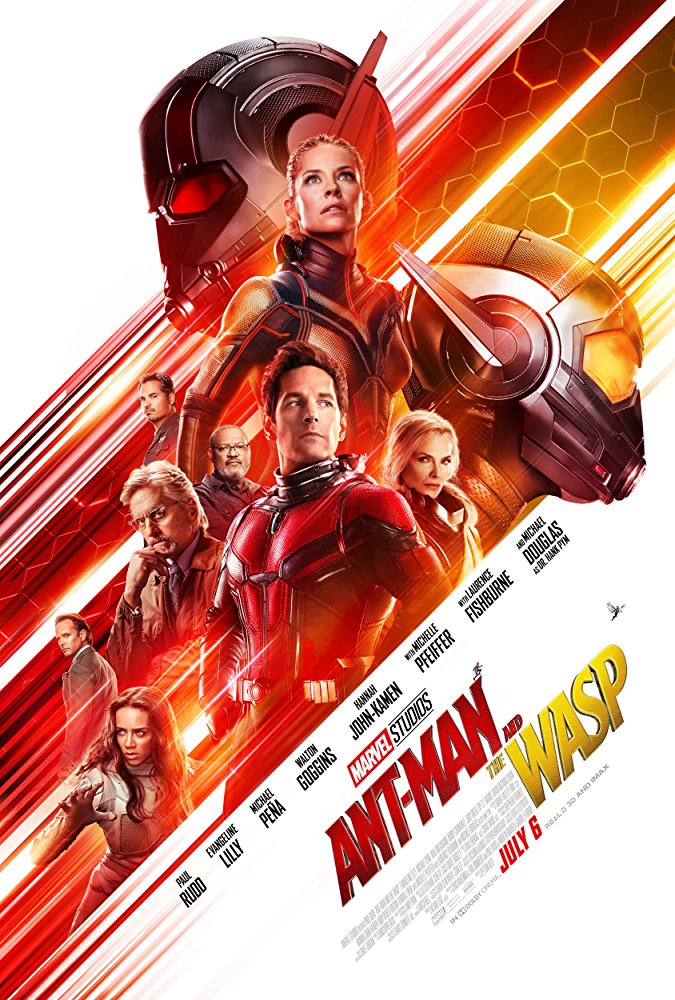 Plot: Scott Lang is doing his best to balance being a hero with being a good husband and father. Professor Pim and his daughter, Hope, have been on the run, aided by their tech and a new enhanced suit. Their paths will cross when an urgent new missions arises, one that will uncover secrets from both their pasts. -- Chris Kavan

"Ant-Man and the Wasp" isn't as oversized and heavy-hitting as other MCU films aim to be, but it's undemanding and entertaining enough that it doesn't have to be.

Obviously not the best action, but definitely a cool action. The three-way chase was good entertainment. But ultimately, I enjoyed watching Paul Rudd.

Ok. So I went to see this not exactly being a huge fan of the first movie however this was entirely different omg I had so much fun you can since the action here the constant thrills and the humor is top notch I laughed felt rushes of action and suspence I love love loved this movie and as far as taking kids if they can handle some swearing and violence then take them trust me you won't regret seeing this I loved the daughter she was tooooooo cute and super funny I highly recommend you get to the movies and see it

"Ant-Man And The Wasp"

Hank and Hope grudgingly reunite with Scott in an attempt to rescue Janet from the quantum realm, but their efforts are dogged by a mysterious figure who can phase in and out of existence and a greedy industrialist attempting to steal their technology.

This is as succinct as I can make the synopsis of the plot to this sequel to the enjoyably self-deprecating Ant-Man, and its clunkiness is a reflection of the main flaw of the film. The three plot threads run in parallel, never really intertwining into a single narrative making the story feel more like an episode of Catch The Pigeon than interesting drama. Nearly every plot point revolves around one or other of their enemies popping up and stealing some necessary component at exactly the wrong moment, resulting in slapstick fights and …

Ant-Man and the Wasp - Review

âYou can do it. You can do anything. You're the world's greatest grandmaâ

âAnt-Man and the Waspâ returns in full size form. So, after all the chaos and heartbreak with âInfinity Warâ, Marvel have stepped on the breaks and went back for a safe comedic tone. Basically being itâs own side story in this already big universe.

I enjoyed the first âAnt-Manâ. Not great by any means and just like everyone else would have loved to see Edgar Wright's version. Reeking of re-writes and a clash of people working on the movie. However, to everyones surprise, was not a complete disaster due to itâs muddled production is unheard of.

The sequel, on the other hand, was...fine. There are plenty of entertaining and hilarious scenes, but nothing beyond that. To be honest, I liked …

Two for the Price of Fun

The MCU hits just keep on coming. While it's hard to follow-up the one-two punch of Black Panther and Avengers: Infinity War, Ant-Man and the Wasp provides some much-needed levity for the MCU. The first Ant-Man was a lot of fun - the charm of Paul Rudd's dry humor, Evangeline Lilly take-no-crap attitude, Michael Douglas surprising gravitas and Michael PeÃ±a's comedic side-kickery. All that is back and more - so if you liked it the first time around, the second is just as good.

Our sequel picks up nearly two years after the events of Civil War. Scott Lang (Rudd) is just days away from the end of his house arrest. The opening sequence shows him playing with his daughter, Cassie (Abby Ryder Fortson) in an elaborate cardboard dungeon. His pal, Luis (PeÃ±a - who still gets all the best …

No posts have been made on this movie yet. Be the first to start talking about Ant-Man and the Wasp!