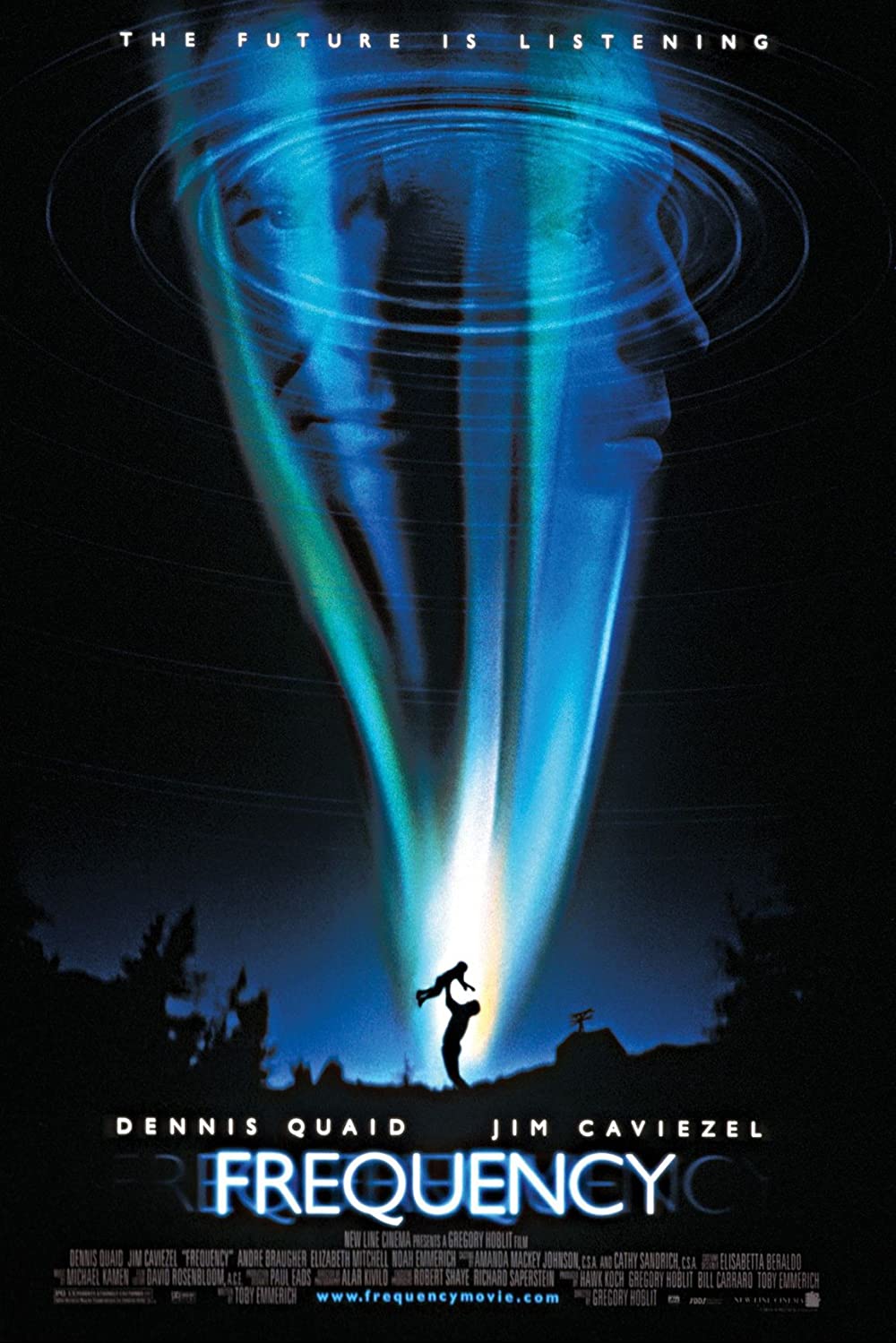 Plot: A son communicates with his father 30 years in the past through a ham radio. He seeks to change the past and save his father from a warehouse fire, but the consequences of his actions bring about a new death both men must work to solve. -- Chris Kavan

FREQUENCY starts out strong with an intriguing premise. But then it slowly becomes more convoluted and less interesting as it goes on. Dennis Quaid and Jim Caviezel aren't bad. But you wish the film was better.

A strong time-travel and wish fulfilment concept, reasonably well handled with two likeable leads. The rather hysterical and illogical ending lets it down however, but definitely worth a look.

The usual thriller plus an interesting premise and good execution. Contains some actual emotion and suspenseful moments.

Based on a clever premise, wonderfully photographed and scored, and seamlessly edited, "Frequency" is a near perfect package of suspense and "feel-good". Quaid, Caviezel and all the players gave very believable and intriguing performances and plot twists kept me glued to the set in the last 2/3 of the movie. Similar to "Sixth Sense", for hours after, I was remembering scenes in the movie, and piecing them together to understand even more of the nuances in the plot. And the fascinating idea of "reaching back in time to control your own destiny" was very similar to the premise of the recent bestseller "Replay" by Ken Grimwood. "Frequency" is a truly wonderful film that NewLine Cinema unfortunately forgot to put on the "major promotional" bandwagon.

No posts have been made on this movie yet. Be the first to start talking about Frequency!