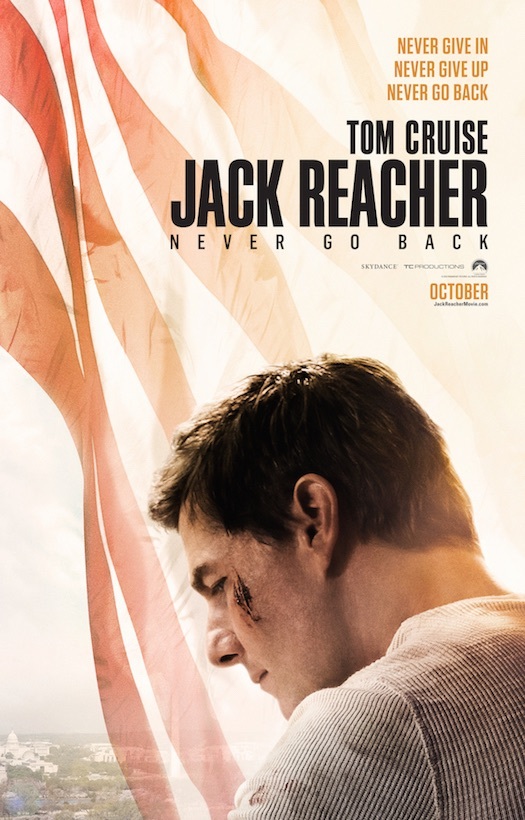 Plot: When Jack Reacher decides to return to the headquarters of his old unit, he finds himself the number one suspect of a 16-year-old homicide and must go on the run to clear his name. -- Chris Kavan

Neither better or worse than the first Jack Reacher - the addition of Colbie Smulders is welcome, as is Patrick Heusinger as the unfeeling killer known only as The Hunter. They try to throw in a bit of family drama as well, though it doesn't work near as well and the overall plot isn't anything to write home about but, if you want a perfectly decent action film, this will do the trick.

This sequel to Tom Cruise's minor hit JACK REACHER has that blockbuster feel to it when it is arguably cheaper looking than the first movie. The plot moves fast though and never bores the viewer. Oddly it feels like two separate movies with one being a generic 90s style chase movie but is intermittently interrupted by one of those awkward road trip comedy-dramas. Seriously it's like Little Miss Sunshine takes the movie hostage sometimes. Tom Cruise is fine as the stoic stalwart hero and Cobie Smulders makes a cute but tough sidekick.

A b movie with poor acting and not original at all

not a very good film especially by tom cruises standards. its like one of the van dam movies but one of the not very good ones.
toms acting is poor in this too. his idea of acting is to raise a eyebrow which hardly moves. normally he has passion he has none in this.
the story is like every other action movie you have ever seen, i swear every scene is from something else. .
for some reason they spend most of their time running from bad guys then just getting away on a bus. must of happened 3 times ,
the first movie was ok i enjoyed that. but this more of a b movie straight to dvd type with poor acting.
the only good part was the end , corny but sweet , the rest is a rip of everything you have ever seen. but done not very well. direction acting story everything is cliche and …

No posts have been made on this movie yet. Be the first to start talking about Jack Reacher: Never Go Back!