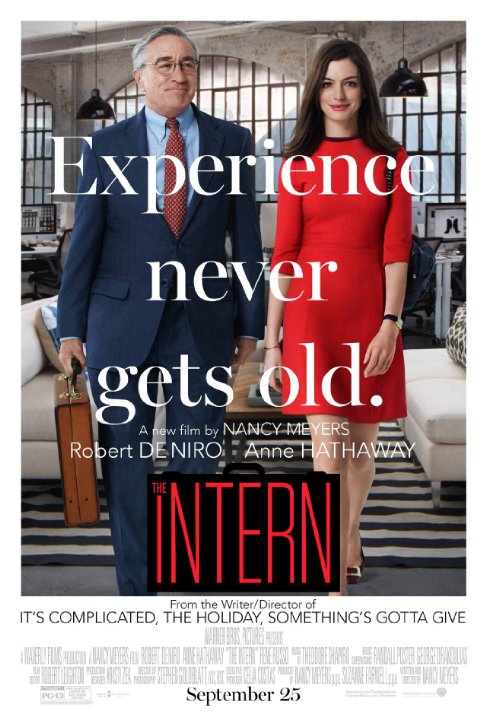 Plot: A 70-year-old widower finds retired life isn't the life he pictured and, in order to get back in the game, he becomes a senior intern at an online fashion site where the high-powered and youthful CEO Jules Ostin runs things. -- Chris Kavan

First thing that I dont understand is what exactly the point of having a senior internship program? I dont think the film was able to elaborately explain that. Second, obviously, Anne Hathaway is the main protagonist in the story, yet the film spent so much time introducing De Niro's character specially in the beginning. Good thing this film ended up well. ***SPOILER ALERT*** Jules giving Matt another chance after his sincere apology saved the film for me.

Pointless, sappy chick flick and Not a comedy

well this is yet another movie that's classed as a comedy BUT is not a comedy. nothing funny at all about this movie and it only ever seems to try to be funny once and that was pointless.
This is basically a chick flick with a different story. its soppy sappy pointless and apparently heartwarming.
de nero is a 70 year old who end sup working for a new business woman who runs her still new/ish own company and now employs 220 people but is struggling to cope with demand and having a husband and kid. de nero becomes her best friend and basically spends the whole movie giving her funny looks and praising how amazing she is.
many scenes are so pointless like the whole movie is. then it just ends with yet another weird scene that makes no sense. which leaves you thinking was that it. i sat …

No posts have been made on this movie yet. Be the first to start talking about The Intern!