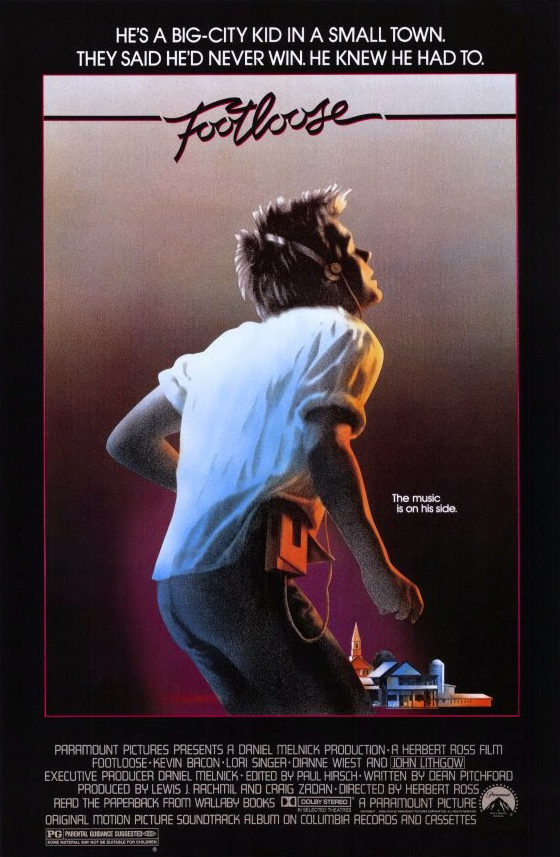 Plot: Rem. a street-wise teen from Chicago moves to a conservative, rural community where rock music and dancing is forbidden. It's up to him and his classmates to bet the ban revoked before the senior prom. -- Chris Kavan

Good dancing, but a weak movie.

A totally 80's flick that is full to the brim with teenage song and dance.

No posts have been made on this movie yet. Be the first to start talking about Footloose!