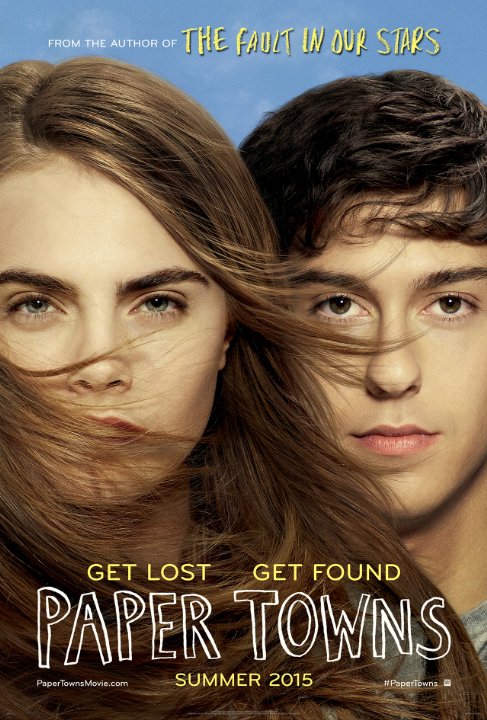 Plot: What happens when the girls next who loves mysteries becomes the biggest mystery of all? Quentin has just spent the night on an adventure in his home town with Margo. The next morning she is gone - leaving a series of cryptic clues behind. Quentin, along with his friends, will follow these clues leading to revelations about life, friendship and even love - adapted from the bestselling novel by John Green. -- Chris Kavan

Oh no, not this again.

An entertaining road movie with a surprising end

"Marriage, children, career. Then you will be happy. Is that what you're saying?"

I like to watch a feel-good college movie once and a while, with its peculiar weirdos and goofy situations. Although no movie will ever surpass "The Breakfast Club". And surely when it has additional similarities with "Serendipity", one of my favorite teenage love chick flicks ever made, it can't get any better. OK, it's a collection of known clichÃ©s used in all kinds of situations and eventually it's not that big of a deal. Mainly it's about the close friendship between some guys who don't even belong to the club of the most popular students. They're all off to another university scattered over the US. And most important there's the quest they undertake together to find the childhood love of one of …

Paper Towns (2015) PG-13 Quentin (Nat Wolf) is taken on an all-night adventure by his friend and neighbor Margo (Cara Delevingne). Soon after Margo goes missing, Quentin and his friends decide to go on an adventure of a lifetime to search for Margo. I loved this film about a young man and the girl who inspires him to go outside his comfort zone. The film is perfectly cast, especially with Nat Wolf, who does a brilliant job as the shy and reserved Quentin. Cara Delevingne is brilliant as the rebellious girl who inspires Quentin to go on his quest. The rest of the cast is a blast to watch, especially Austin Abrams, who plays the nerdish Ben, one of Quentinâs best friends. The film is part mystery, part road trip which makes it move at a quick pace. Itâs a film you will enjoy from …

Paper town is an outstanding mystery and ensures the secret is kept till the end. This movie raises your expectations with its excellent direction, acting, mystery solving by the teens, the investigation etc. and all that becomes suddenly a waste of time when, at the end, you see the lead actor not getting what he deserves.

Paper towns is a very good movie about teenagers. This coming of age movie excellently captures their emotions, their priorities and focus in life. This movie shows how each teenager has a different goal and has his own perception of life and way of doing things. Each segment is wonderfully shown on screen.

In this movie the adults, including Teachers, Parents and the investigating authorities have a very …

No posts have been made on this movie yet. Be the first to start talking about Paper Towns!