Ghost in the Shell Movie Information 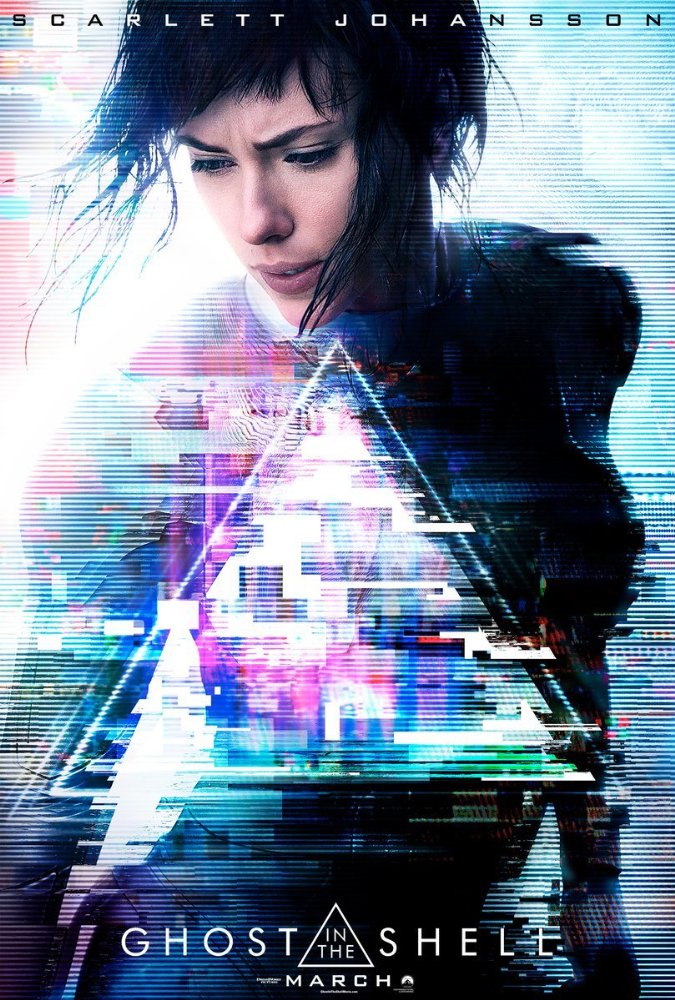 Plot: Based on the acclaimed sci-fi property, the film follows The Major, a unique cyborg-human operative working for Section 9. The secretive agency works to stop the worst threats to humanity in a future in which cybernetics and online connectivity have transformed the fundamental function of the world. As Section 9 investigates a man who wants to take down Hanka Robotics and their stop their advancement in cyber technology, The Major comes to realizes it all connects to her past - and how she came to be what she is now. -- Chris Kavan

This live-action adaptation of the internationally recognized manga series is a stylistic wonder with its one-of-a-kind visuals, but in terms of plot is only a so-so sic-fi thriller.

I will give it this - the film really captured the look of the original anime, from the design of the city to the characters. I didn't really mind Scarlett Johansson in the lead (despite the controversy over whitewashing it created) but it's really the plot that suffers in this live-action remake. It takes bits and pieces from the original film, the sequel and the series - but never really meshes. It's stylish and fun to watch, but not as good as I wanted it to be.

"Ghost In The Shell" by Yojimbo

A young woman awakens to find that her brain has been implanted into a near indestructible robotic body and is recruited into a government-backed anti-terrorism unit.

Adapted from the Anime version of 1995, Ghost In The Shell's plot is near-identical to that of Robocop but lacks the satirical edge of Paul Verhoeven's classic subversive sci-fi. It comes across more like a hybridization of Blade Runner and Mission: Impossible as the unit of cyber-enhanced agents battle robotic assassins through the neon-soaked, bustling streets of the near future. Despite the cutting edge effects, the Manga-based setting actually makes it all feel strangely dated as it takes all of its cues from sources of the 1980's and 1990's and Clint Mansell's effective score plays off this fact nicely giving it an …

This big budget live action anime suffered a lot of setbacks before its release. Namely, the whitewashing controversy over Scarlett Johasson and the question as to whether or not a remake was even needed. I did not see the original anime film (it's on my list so relax).
All that aside, GHOST IN THE SHELL (2017) is a serviceable sci-fi action flick with sumptuous visuals and eye popping action. Rupert Sanders made his directorial debut with SNOW WHITE&THE HUNTSMAN and instantly distinguished himself as a remarkable visual director. It's a shame that this is only his second movie since the effects and action look superb. It just might score a surprise nomination for best visual effects.
Scarlett Johansson is solid if unmemorable in the lead role. She's the tough military chick with a …

No posts have been made on this movie yet. Be the first to start talking about Ghost in the Shell!