Flowers in the Attic Movie Information

Plot: Based on the book by V.C. Andrews, 'Flowers in the Attic' is about four children, two brothers and two sisters, whose mother locks them up in a room in their grandmother's house. The room happens to have the door to the attic. For years they spend their time either in the room or the attic while being tortured by their grandmother as their mother lives her life and gradually forgets about her children. -- Dragon McBaine

It has dark atmosphere, which is a start, but it can't make up for its thin plot and lack of shock and bite. 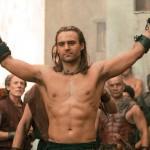 The couple start off friendly with the frat housemates and attend a party leaving their daughter somewhere. They left her a lot in this film (bad parents). It was in this part of the film where I actually laughed a bit. It was where Mac and Zac's character Teddy were discussing who is their favorite Batman and funny impressions follow. I really enjoyed that moment because it's what I talk to my friends about a lot so it brought back some good memories for me. We can get fair heated when it comes to who is the best Batman... It's Keaton of course! Why? Because he doesn't shout.

After getting drunk and high at the party, the couple get sick of hearing the loud music as they aren't in their twenties anymore. War ensues after Mac rings the police for a noise complaint. The fraternity …

Talk about a crazy movie.&amp;nbsp; I just recently watched this for the first time the other day.&amp;nbsp; What an awesome story line.&amp;nbsp; I loved the ending.&amp;nbsp; I actually got a laugh out of it.&amp;nbsp; Although I would have jacked up that grandmother after I got older.