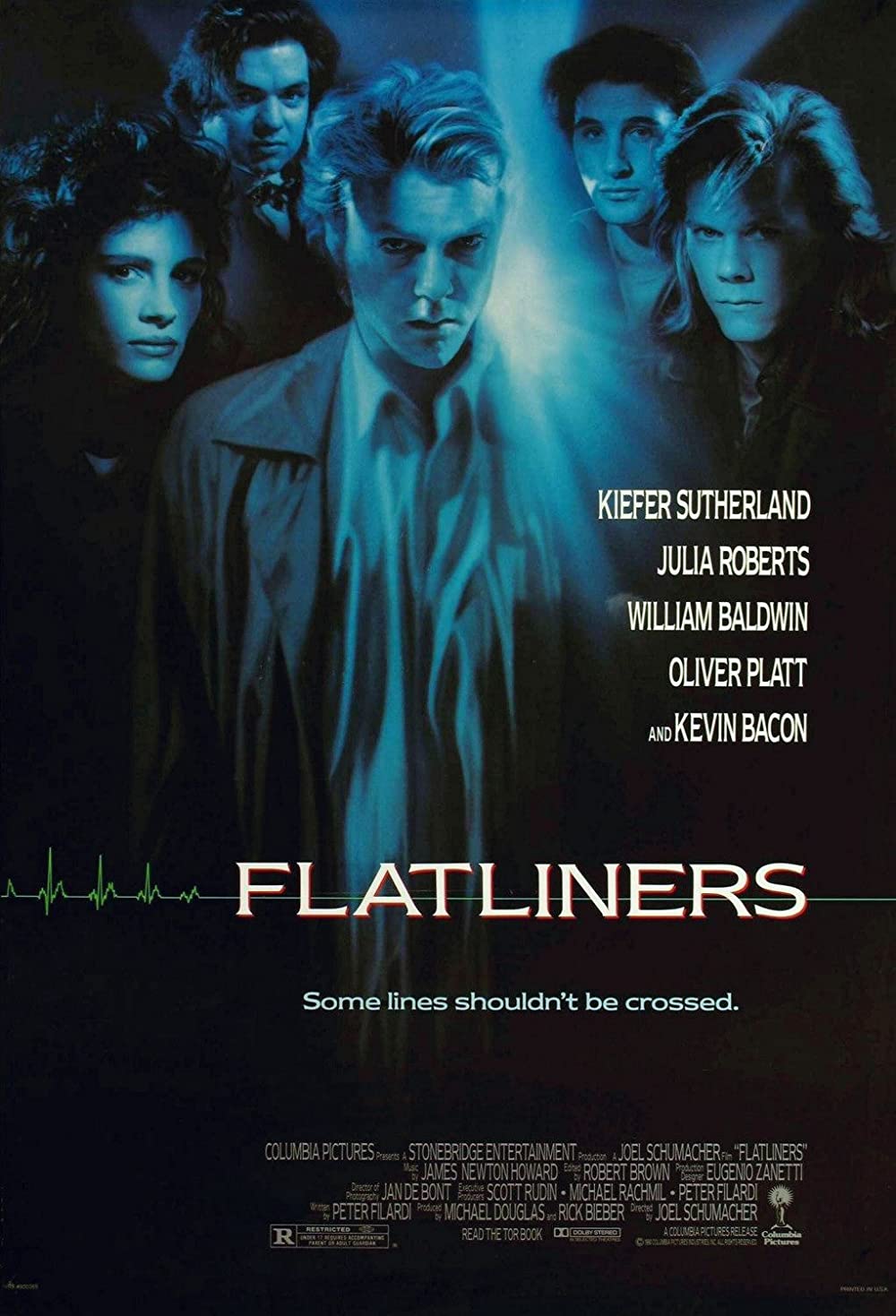 Plot: A group of medical students try to solve the mystery of the afterlife by medically killing one another and bringing them back from the dead.

Very daft 80s supernatural brat pack thriller that enjoys a cult following. It would have been better if the pompous cast hadn't taken it all so damn seriously, but reasonably entertaining nonetheless.

Very dark and creepy. I thought it was pretty good -- different from other thrillers. Has a great cast.

No posts have been made on this movie yet. Be the first to start talking about Flatliners!