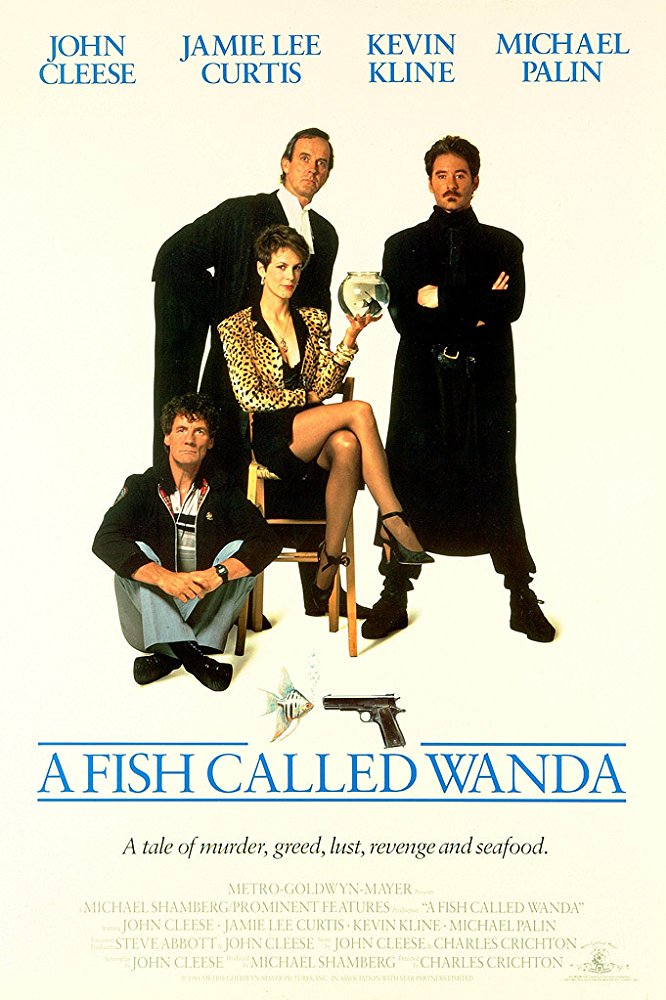 Plot: A London barrister may hold the only key to the location of a fortune in diamonds after the thieves betray each other. -- bwill

Crime comedy about an assortment of unsavory or unlucky characters scheming to acquire stolen diamonds or fall in love or murder old ladies. Ah that British sense of humor. Kevin Kline is the best cast member as the oafish crook Otto West. Jamie Lee Curtis' character isn't really that likable but she looked gorgeous in this movie. There are solid humorous set-pieces in this film but I wouldn't consider it a comedy classic as many seem to think.

While every one of the cast members is terrific, it's Kevin Kline who stands out as the show stealer. "A Fish Called Wanda" is a laugh riot with an absolutely crazy heist premise.

I never really saw what the fuss was about, but it didn't offend me.

A hot tempered George Thomason (Tom Georgeson), pet lover Ken Pile (Michael Palin), weapons maestro Otto West (Kevin Kline) and con artist Wanda Gershwitz (Jamie Lee Curtis) have plan on stealing a jewel. Otto and Wanda frame George and eventually goes to jail. A popular and unhappily married lawyer Archie Leach (John Cleese) defends George and eventually falls for Wanda. Kevin Kline was too deranged, Cleese brilliant while Jamie Lee Curtis shines in a wonderful role. B'oasts a few good lines: Otto - "What do you have to do in this world to get people to trust you?!?!" Wanda - "I've known sheep that could outwit you. I've worn dresses with higher IQs!". A Fish Called Wanda is a good mix of comical criminals who would do anything to succeed financially ahead even if it means …

No posts have been made on this movie yet. Be the first to start talking about A Fish Called Wanda!