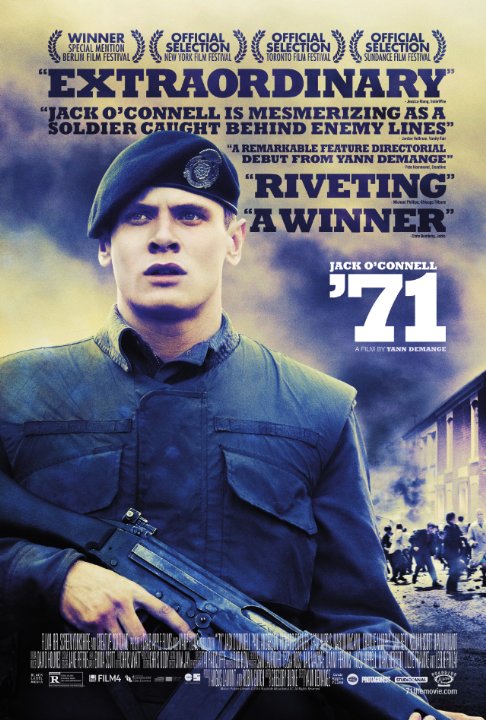 Plot: Following deadly riots on the streets of Belfast, a young British soldier gets separated from his unit. Alone and disoriented, he must navigate the deadly streets, survive the night and somehow get out alive. -- Chris Kavan

Heart-poundingly good, and while its message about war has been made clear time and time again, this gripping film doesn't make it any less true.

Excellent drama, excellent acting. A British soldier gets lost after a deadly riot in Belfast and is hunted and helped by different people. An intense story that show the good side and the bad side of people, organizations and institutions.

71 is gripping, intense and a great thriller. Jack O'Connell dose a fantastic and a compelling performance in this movie. Yann Demange directing was also superb as he really added a lot to this movie when it came to the intense scenes.

No posts have been made on this movie yet. Be the first to start talking about '71!