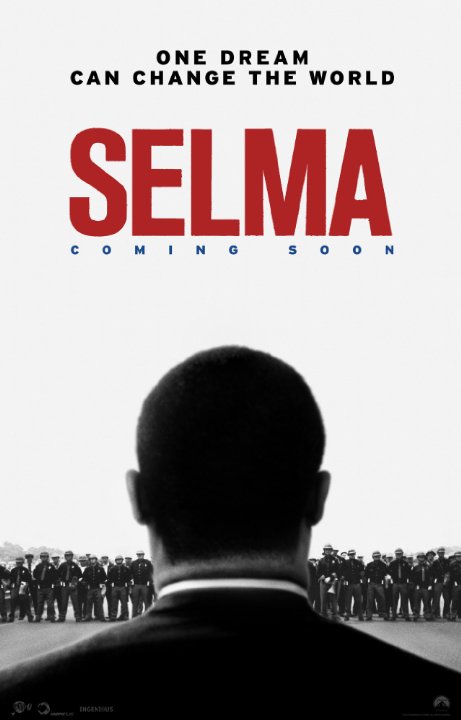 Plot: Civil right icon Martin Luther King Jr. leads the charge for equal voting rights for all people - and the campaign of peace is marred by terror and violence. But he will not be shut down, and it all leads to an epic march from Selma to Montgomery, Alabama. Meanwhile, President Lyndon B. Johnson deals with the movement, leading up to his decision to sign the Voting Rights Act of 1965. -- Chris Kavan

"Selma" depicts the aspects of Martin Luther King Jr.'s life and the Civil Rights era not usually shown on screen with uncommon urgency and hardship.

There was much uproar when Selma was overlooked for many of the major awards in 2014. I have to say, I would have to agree that the film was every bit as worthy as any that were nominated - the cast was outstanding, the tension was high and overall, it was a deep, compelling look into a point of history that is as relevant today as it was when it happened. A worthy film in every sense of the word and worth watching.

I canÂ´t understand why this picture wasnÂ´t nominated for everything. Amazing performance by Oyelowo and the rest of the cast. It definitely was one of the best movies of 2014. No doubts.

Ava DuVernay's Oscar contender 'Selma' is a powerfully acted and beautifully filmed historical drama highlighting the good, the bad, and the ugly side of American racial politics. For a PG-13 rated movie, it's surprisingly gruesome in its depiction of the racial violence and sometimes jarring to Martin Luther King's popular image with the constant political maneuvering that King had to endure during the Selma march, sometimes to his personal expense. The cast is large and the major players give good performances but there are so many characters and so much ground to cover that it is confusing at times. It does not help that the pacing is slower than it should be but its effective storytelling capabilities really assist to drive home the point. More importantly, 'Selma' maintains a sense …

Selma tells the story of Dr. Martin Luther King, Jr. led a dangerous campaign to secure equal voting rights in the face of violent opposition. The epic march from Selma to Montgomery culminated in President Johnson (Tom Wilkinson) signing the Voting Rights Act of 1965, one of the most significant victories for the civil rights movement. Director Ava DuVernays SELMA tells the real story of how the revered leader and visionary Dr. Martin Luther King Jr. (David Oyelowo) and his brothers and sisters in the movement prompted change that forever altered history.

Poor Selma, being shut out from the Oscars and BAFTA awards for acting and directing (Which …

A Triumph of Inspiration

2014 had a lot of historical biographies based on true stories. While most were great, 'Selma' is easily the best of the bunch. It is dramatized, like all the rest, but it is the most grounded I've seen in a very long time. The people in the film exist in an absolute believable reality and feel completely natural. A cast of terrific talents is assembled. The obvious standout is the central performance of David Oyelowo as the iconic Martin Luther King. He embodies the pure essence of this great individual. I'd cry out in shock if no Academy Award nomination was announced. The film perfectly captures the racial tensions of a certain time. The social theme still holds some relevance in today's society. This makes the deep seeded emotional core ever more palpable. The politics and …

No posts have been made on this movie yet. Be the first to start talking about Selma!