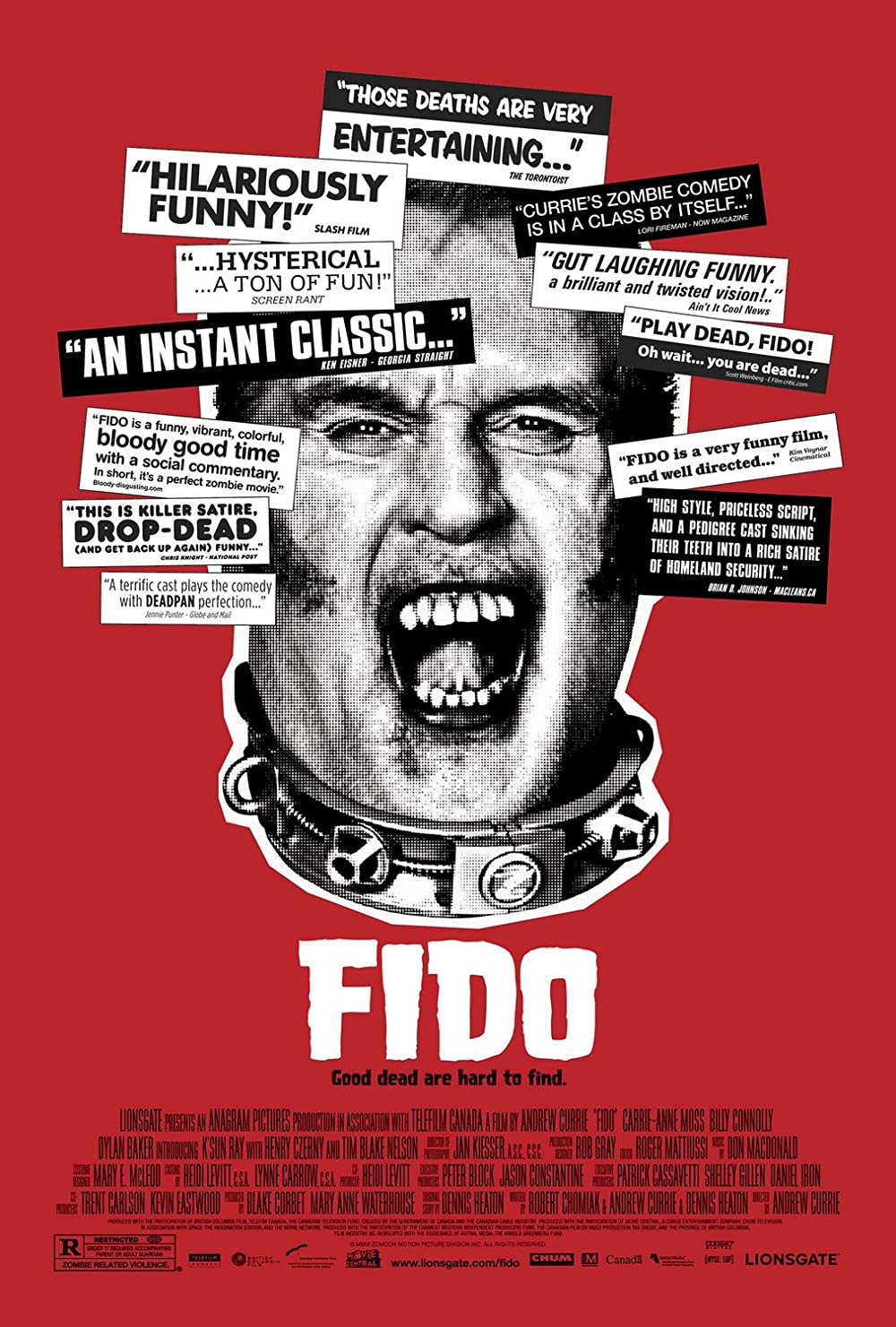 Plot: A boy gets a 6 foot tall zombie named Fido as a present from his mom. It quickly becomes his best-friend and even after it eats the neighbors the boy tries to keep Fido.

A unique and smart zombie comedy that doesn't rely on gore or scares. There's more things at work here.

Anyone who thinks all zombie movies are the same should watch this movie. It's funny, touching with commentary touching from everything from the elderly to slavery. It's like no other zombie film, that's for sure, and worth a watch.

I enjoyed this movie a lot. I had never heard of it until my friend let me borrow his copy. Great plot, great movie!

What an imaginative zombie horror comedy! No, it's not a copy of "Shaun of the Dead" but that's a good thing because this film stands out on its own. I thought the introduction to the film was brilliant because it instantly acknowledged other zombie films like "The Night of the Living Dead." I appreciated the dark humour of hating and killing old people and children, domesticating people that are "different," and the very welcome death of a family member in exchange for someone new. There were definitely social commentaries that pervaded the movie. Although the film got too fluffy for my taste at times, there were moments of darkness in this film. If that darkness had been more common thoughrout the film, it could've been an instant favourite of mine. Still, this is a very good movie …

I want to watch it again already!

To understand why Fido is so great you have to first understand the plot and setting. Fido takes place in the 1950âs after the zombie wars have turned our world into a radioactive mess. People no longer die, they turn into flesh-eating zombies. Now, zombies are part of society, in a twisted way. People have them as butlers, furniture movers, news paper boys and even girlfriends. One family didnât want to be the last one on their block not to have a zombie, so they got Fido.

The idea of the movie is funny enough, but their subtle humor throughout that really carries the film along. Everyone in the movie is emotionless and dry, so when a neighbor gets eaten by Fido the boy simply hoses the zombie off and buries the woman. No harm done.

Horror Movies to watch 2014 by Nathan

No posts have been made on this movie yet. Be the first to start talking about Fido!