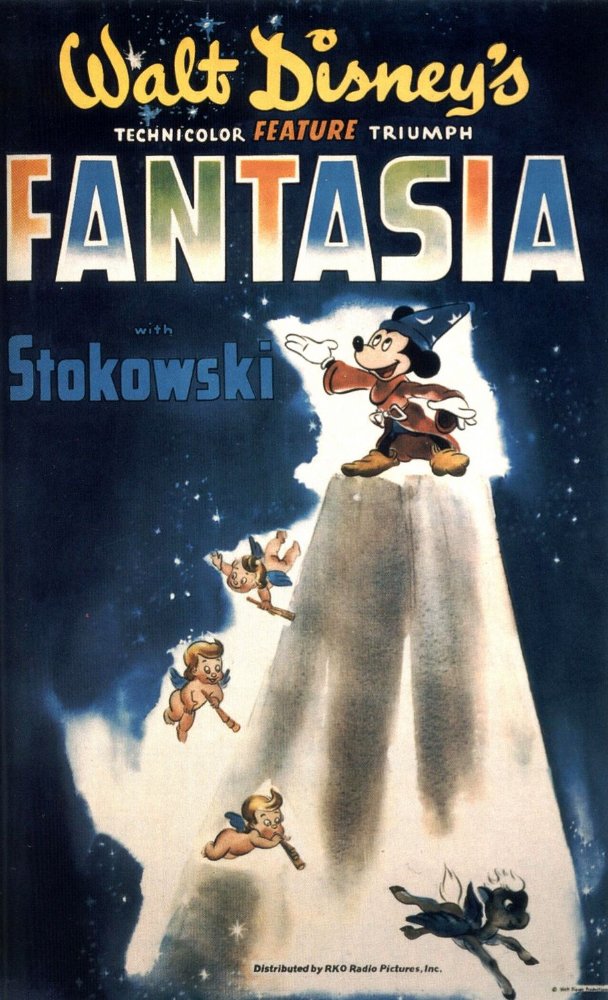 Plot: An animation in which the story is told by the music of great classical compositions.

"Fantasia" has the essence of Disney at its core. Charming stories with memorable characters set to music, it's the magical world of Disney summed up in one feature.

An epic set of stories in which art was drawn to match classical music compositions. This is a classic in music and animation.

An animation in which the story is told by the music of great classical compositions. Beautiful animation and a wonderful score.

If music were a painting, it would be Fantasia.

After re-watching it tonight, I remembered why Fantasia was my favorite animated movie of all time, for a number of reasons. It is as much creative as it is difficult to understand, but after a while you stop trying to understand it and understand it for what it really is: an absolute work of masterful art.

With no dialogue and minimally detailed story lines, Fantasia still manages to captivate its viewer and offers a broad spectrum of amazing animation, synchronized with world-famous classical pieces.
This has got to be one of the most beautiful films ever made, because it just has so much that can be described as beautiful. I watched this many times as a child and I loved it, and my parents and family friends watched it as well many times and loved, which goes to prove that it's a …

Visually Marvelous, But Not Much Else

Fantasia really doesn't have a plot of any kind. Instead, it boasts a unique premise. We are introduced at the beginning to a new kind of entertainment called Fantasia. This is a combination of music and visuals. There are three different varieties of this: The first being music that tells a story. The second being music with no particular plot, and the third being music that exists just for music's sake.

After seeing the introduction explaining this, I grew quite excited. I was certainly intrigued, and I was sure …

In Walt Disneyâs most artistic project, several animated interpretations of classical compositions are displayed. The project is known as âFantasia.â

Disney was the first person to prove that animation could in fact be an art form. The project, which originally started with the short âThe Sorcererâs Apprenticeâ and grew to something bigger, is still known today as one of the most original and epic of Disney films, and even animated films.

Every section of the film was shown as much attention to detail as possible, and it really shows. The beautiful textures and colors used bring life to the famous pieces. My personal favorite is âA Night On Bald Mountain,â but âThe Rite of Springâ is one of the most original and involved works of animation Iâve seen. Not to …

No posts have been made on this movie yet. Be the first to start talking about Fantasia!