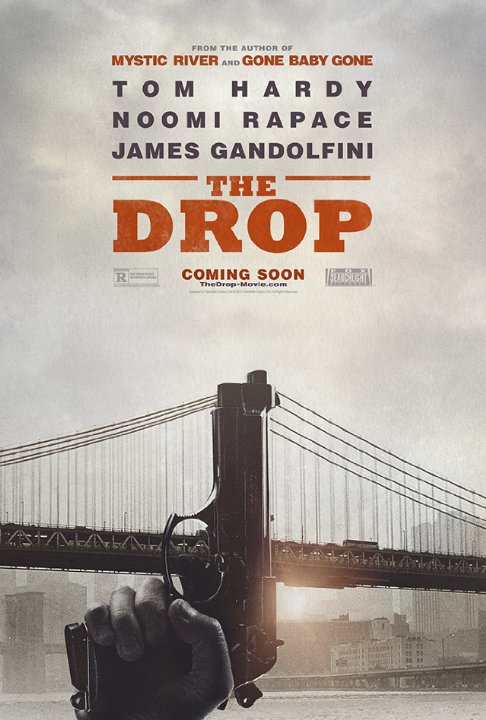 Plot: A dive bar acts as a front for the local mob, funneling money nightly. But even as one man begins to questions his role, his uncle is robbed, setting off a string of events - including caring for an injured pit bull pup - that will ultimately dictate his future. -- Chris Kavan

A crime drama of a different breed. Very subdued and methodical, but also narratively simple. The pace is slow and there is a strong attention to character. Having less plot and more story gives us time to examine the people and their situations. At first, a few different elements are introduced that seem like individual sub-plots coinciding in the main character's life. Over time the strands form a whole and the individual tensions become one. We come to know the people in the film on a personal level, so when a crucial reveal happens it means much more emotionally. It's one build up to an ultra-satifying finale. Superb writing, directing, and acting.

I still can't believe that James Gandolfini isn't with us anymore and this is sadly his last movie role we are ever going to see him ever again, but he has left us with a pretty damn good film.

The story is about a dive bar acts as a front for the local mob, funneling money nightly. But even as one man begins to questions his role, his uncle is robbed, setting off a string of events - including caring for an injured pit bull pup - that will ultimately dictate his future.

I was really looking forward to This movie, not because of the passing of James Gandolfini, because the film itself looks pretty good. But the movie wasn't coming out til December and I had to wait for long while.... I always hate that. So now I finally watched it and I can clearly say that this is pretty damn good …

The crime genre is one that has had the pleasure of describing some of the greatest movies of all time, but it has described some really lousy ones as well. Itâs one of the longer standing film genres in pop culture, so itâs developed a very specific set of clichÃ©s over the decades, and many filmmakers fail to deviate from them.

The Drop deviates a little bit, but it doesnât really stand out all that much. Thereâs a lot of stuff here that weâve seen before. And though the similarities to other movies in the genre donât kill The Drop, they certainly keeps it from going the necessary step from good to great.

What we have here is a perfectly decent crime thriller, with grade-A acting, twists that donât feel contrived and a narrative that is consistently …

No posts have been made on this movie yet. Be the first to start talking about The Drop!