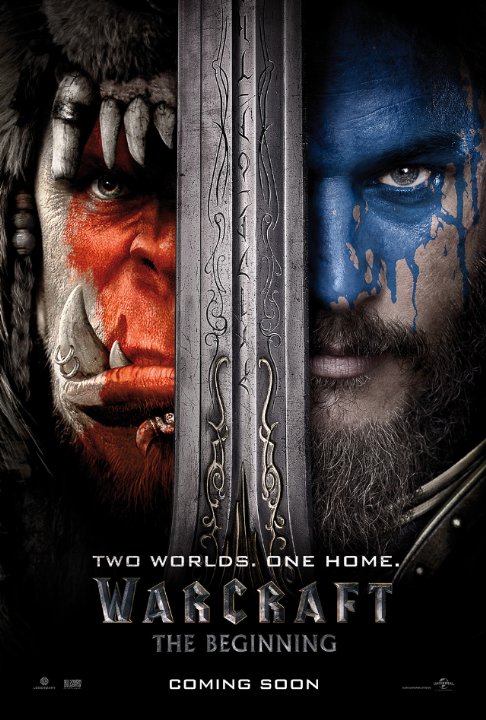 Plot: The once-peaceful realm of Azeroth faces an unprecedented invasion. A portal has opened and orc warriors fleeing their dying civilization look to make Azeroth their new home - and they will not stop until they have wiped out the existing population. Two heroes on opposite sides of this war will face off - a battle that will decide the fate of both their races and their home. -- Chris Kavan

"Warcraft" was absolute torture. The plot was unoriginal, uninteresting, and left me feeling more lost than any movie I've ever seen, and don't even get me started on the underdeveloped characters, flat dialogue, wooden acting, and distracting special effects.

Looks spectacular but tries to cram way too much in too short of time and most of the characters don't make that much of an impact. A typical case of all show no substance, though maybe if I had been invested in the Warcraft mythos, I may have gotten more out of it.

âWarcraft.â F**k it. It is what it is. F**king orcs, man. Ben Foster. F**k it. At least you canât blame me for wanting to watch this then any Uwe Boll or Paul W.S. Anderson movie. This is at least a better adaption of a video game movie.

A raiding party of powerful war-like creatures makes an incursion into a peaceful world and its human defenders turn to a magic-wielding guardian to prevent a full scale invasion.

I was a fan of both Duncan Jones' previous films - particularly his debut Moon - because they had an indie sensibility that concentrated more on characters and concepts than crowd pleasing set pieces and special effects. This attempt at a Lord Of The Rings style fantasy blockbuster turns this formula on its head unfortunately and it very much suffers from Jones failing to play to his strengths. I have never played the game the film is based upon and perhaps it has more resonance to those familiar with the mythology, but to an objective observer the characters and story were profoundly lacking. Jones seems …

I can neither love or hate Warcraft.

Warcraft is yet another movie where a niche fandom earns a $150M budget and a good director in the form of Duncan Jones. But yet none of the high tech special effects and fantasy spectacle can hide that this is indeed a video game movie. It's not as bad as say a film made by Uwe Boll or Paul W. S. Anderson at least. There are admirable aspects of the production, particularly the meticulous detail in designing each character, costume, and prop. It looks gorgeous. The orcs themselves are a sight to behold.
But the script is a mess. It cannot decide whether it is a serious epic or an offbeat adventure. It rushes from one CGI fueled setpiece to the next without pausing for character development or even proper character introduction. It feels too much like a sequel to a film that already …

No posts have been made on this movie yet. Be the first to start talking about Warcraft!