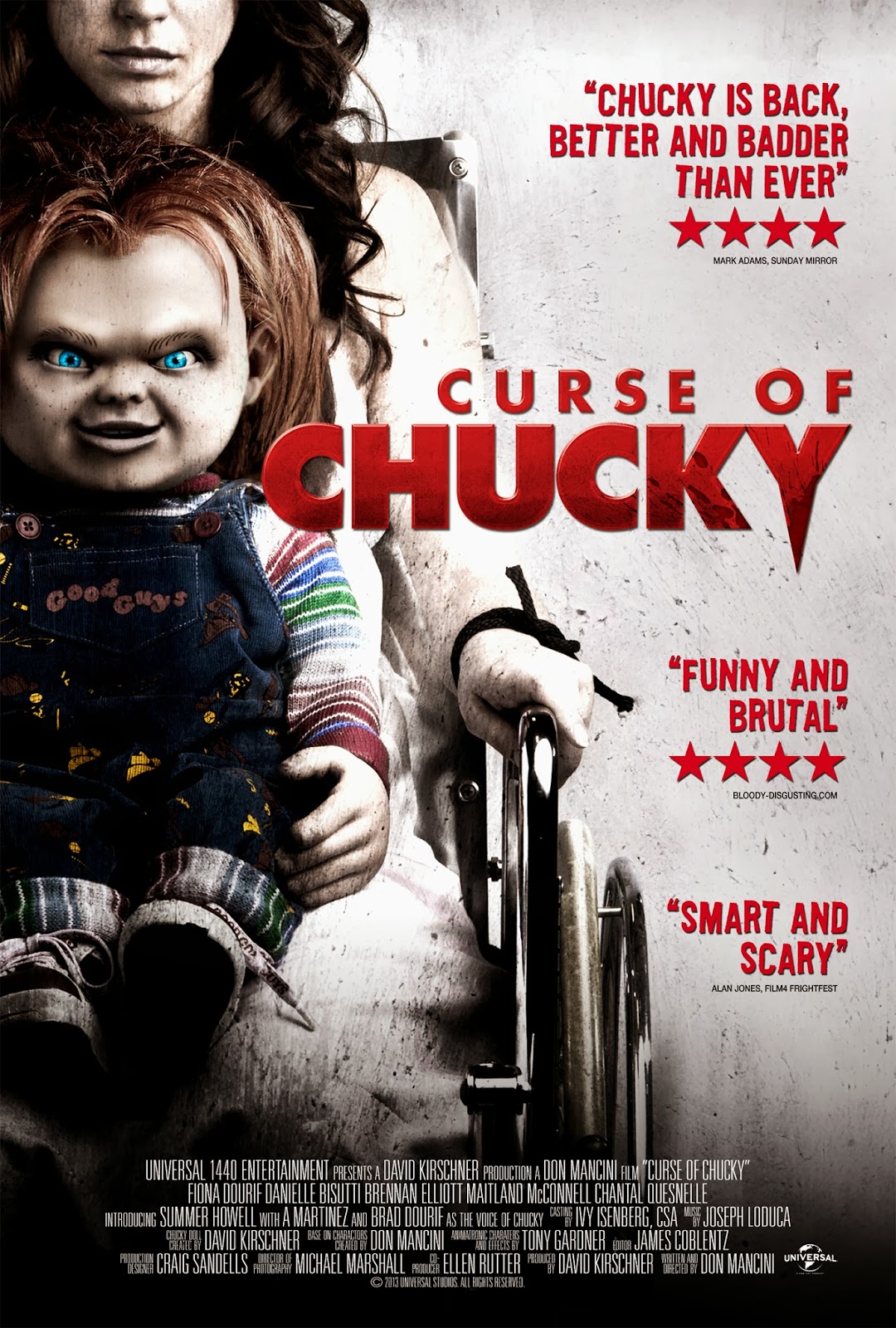 More gloomy than the rest of the series especially the two sequels before this, but doesn't go to far from the original story.

Friends to the end... the very end. This movie was actually pretty good. I mean it's got good suspense but this movie had five endings and It went on and on.

Can't Keep a 'Good Guy' Down

'Curse of Chucky' is surprisingly decent for being a straight-to-DVD sequel to a long lasting, and well known, slasher franchise. Gone is the jokey demeanor of the last two sequels (which I did enjoy). Series creator Don Mancini brings us a sixth-parter that attempts to deliver a similar experience to that of the first 'Child's Play'. That's an admirable feat, but one that is only half accomplished. The main problem being that this is part six. Keeping Chucky off screen and non-active for the first third does nothing to create mystery or suspense when we've seen him kill countless victims in five other movies. And it doesn't help that the characters offer little interest in the build-up. BUT, once Chucky emerges from his silence, everything that I've come to enjoy about the series …

No posts have been made on this movie yet. Be the first to start talking about Curse of Chucky!