Jane Got a Gun Movie Information 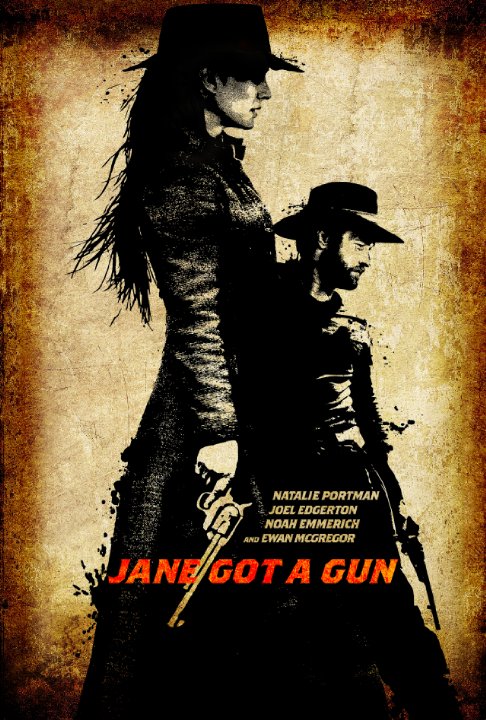 Plot: Jane Hammond has settled in to a new life with her husband, Bill "Ham" Hammond, but his violent past will not leave him behind. Years after tangling with the violent gang known at the "Bishop Boys" Bill gets into it once again. He comes home, riddled with bullets, with the gang fast on his trail. Jill has no recourse but to turn to ex-fiancÃ© Bill Frost in order to protect her family and survive. -- Chris Kavan

dont watch this movie is my advice. its boring nothing happens and pointless. a bad movie. thats nothing like you expect it to be, your leave this movie thinking what was the point of it. with no value in any of the characters. take any western and times it by 100 and its better than this. its a film that does nothing but waste the viewers time. empty as you can get. seriously anyone reading this could write a better script in 5 minutes

Never have I seen a movie that got completely forgotten after a few days of it's release, but for the right reasons.

"Jane Got A Gun" by Yojimbo

When her husband returns to their ranch badly injured and warning of the imminent arrival of a gang of outlaws with a grudge, a young woman turns to her embittered ex-fiancee for help.

Casting Natalie Portman in the leading role is clearly Hollywood's attempt at a "feminist" western, but the story too often hinges on her looks which combined with the fact that she is entirely reliant upon hunky gunslinger Joel Edgerton to rescue her rather undermines the entire premise. Technically it's fine, although the backstory is told by an incessant series of flashbacks and the dialogue is naive and often too reliant on cliche. Ewan McGregor's villain also lacks presence, probably because he is absent for the vast majority of the film and when he does appear, he may as well be twirling his …

"Jane Got a Gun" is not a bomb but itâs not the western I was hoping to see. The draw of seeing a woman in the lead role in this type of film isnât enough to overcome a somewhat weak storyline. There are also some annoying, needless lines in the movie. Take for instance when Jane Hammond (Natalie Portman) and her hired gun Dan Frost (Joel Edgerton) take her outlaw husband Bill âHamâ Hammond (Noah Emmerich) down into the cellar when John Bishopâs (Ewan McGregor) gang show up hell bent on killing the three of them. Dan puts a gun in Hamâs hand and says, âAnybody ainât us opens that door, you gotta start shooting.â This happens literally sixty seconds after Ham has already killed one of John Bishopâs men while bedridden.

Still "Jane Got a Gun" is worth seeing for …

No posts have been made on this movie yet. Be the first to start talking about Jane Got a Gun!