Dr. Strangelove or: How I Learned to Stop Worrying and Love the Bomb Movie Information 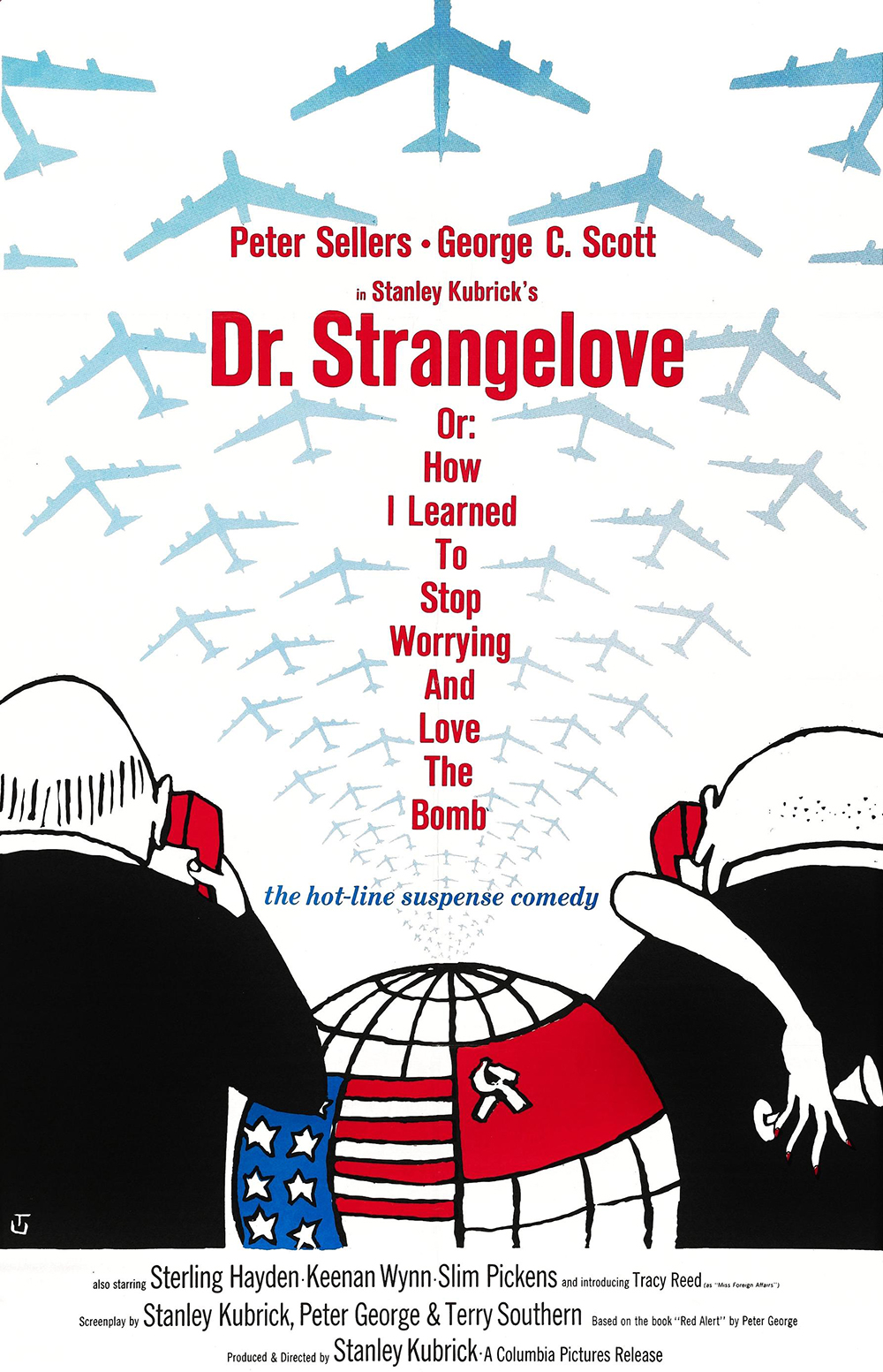 Plot: A cold war spoof, based off a mad general who wants to destroy the U.S.S.R. The President and his advisors meet in hopes of averting a nuclear war.

A classic and hilarious dark satire of the Cold War.

Sly dark comedy that spoofs the entirety of the Cold War and reveals its absurdity by playing it 100 percent straight.

Satirical madness, Kubrick style. The Cold War never faced such a... funny side. Incredibly hilarious from start to finish, this flawless work of celluloid may put off those seeking either battlefield scenes or sexual humor. Well, it has sexual humor (just check out that extraordinary cast of legendary comedians), but only a master of cinema knows how to balance so many random elements and genres, and mold them together into one magnum opus. 99/100

As much funny as it is frightening.

Peter Sellers is a chameleon. He knows how to blend in as many different characters, and they are always interesting to watch and make you laugh until it hurts.

The first time I watched Dr. Strangelove, I loved it. I loved everything from the risky humor to the macabre personas of the characters.
I recently watched it again, and even though I didn't enjoy it as much as before, it held up to a certain extent.
I really like its portrayal of... Just about everyone important. The Americans, the Russians, the British, the Germans and all of their political parties and systems.
The comedy here is very VERY dark and Kubrick's vision of these downright idiots speculating with people's lives in the 'war room' is just brilliant.
Although the effects don't hold up very well, and in their …

Stanley Kubrick's black comic classic begins as a pseudo documentary describing the numerous nuclear safeguards in place to "defend" the US against attack. In fact, the film was originally intended to be a straight cold war thriller based on the novel Red Alert as Kubrick had become obsessed with the idea of nuclear annihilation after the Cuban missile crisis which occurred the previous year. But upon commencing filming, Kubrick realised it was actually impossible to capture the scale of such an unimaginable situation if played straight and instead concentrated on the inherent absurdities, and it is that inspired decision that is one of the examples of his true genius. Dr. Strangelove himself is rather a peripheral character, sticking only in the memory because of his silly accent and …

I want to ride the bomb.

At the height of Cold War tension crazed Air Force General Ripper orders his wing of bombers, which are circling just outside of Soviet territory, to attack the USSR. The Pentagon scrambles to put the situation back under control as Ripper has cut of communications from his base and his bombers will not respond to radio transmissions unless a mysterious code is first entered. The Soviet ambassador, called into tell the Soviet Primier that this is all just a mistake tell the Pentagon War Room, much to their chagrin, of a doomsday nuclear missile launching device that the Soviets built to counter any nuclear strike against the USSR. With the world just moments away from total nuclear annihilation, what is there too do that might save humanity? With this film Kubrick has crafted a brilliant …

No posts have been made on this movie yet. Be the first to start talking about Dr. Strangelove or: How I Learned to Stop Worrying and Love the Bomb!