The Day of the Jackal Movie Information 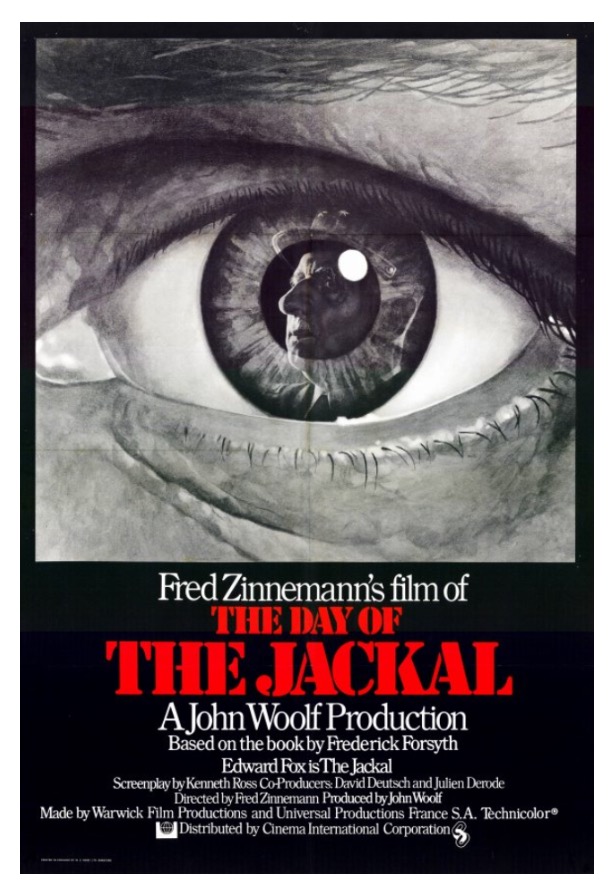 Plot: In early 1960s France, the disbanded members of the former French Foreign Legion want to kill current president Charles DeGaulle - turning him into one of the most guarded men in the world. In desperation they turn to "The Jackal", codename of a notorious assassin who agrees to take the job for half-a-million in payment. As he plans the perfect assassination, the police desperately try to track him down. -- Chris Kavan

An intelligent euro-thriller concerning an algerian terrorist plot to assassinate De Gaul. This film is carried almost in it's entirety by Edward Fox, who is completely believable as the cold-blooded assassin, ruthlessly setting about his business of professional killer while a multi-national task force blindly pursue him. The documentary style is a little uninvolving and the ending a little anti-climactic but Fox is excellen,t as are the rest of the cast (including a very young Derek Jacobi) and it makes a nice change of pace to the usual pointless explosions and car chases.

Excellent story of an assassin trying to accomplish an assignment and the authorities trying to stop him.

A fantastic thriller that unfolds by uniquely following the villain in near-documentary style. The film, despite its unassuming way of capturing its action, is tense and exciting from start to finish and Edward Fox creates a nuanced and, yes, often likable assassin.

Top Ten Films of 1973 by KingoftheCorn

No posts have been made on this movie yet. Be the first to start talking about The Day of the Jackal!