Day of the Dead Movie Information 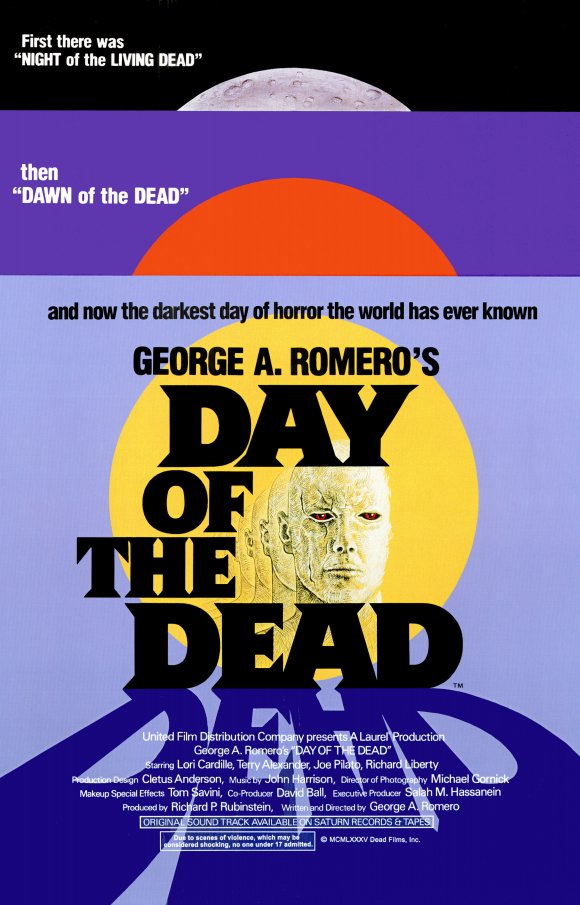 Plot: As the dead have taken over most of the world, a group of scientists, along with a military unit, hole up in an underground bunker and attempt to cure the zombie problem.

Zombie gorefest that continues the gonzo blend of scares mixed with social commentary.

This movie was a solid horror flick with amazing and gross visual effect's and make-up, the movie has a strong and a fun villain with his death was the most horrible thing that I saw in my life but I still love that sense.

"Day Of The Dead" by Yojimbo

The (up until recently!) final chapter of the Romero zombie trilogy sees a research installation operating on the ragged edge in a world seemingly populated by nothing but zombies. Easily the weakest of the original three films it lacks the impact of Night, and the suspense of Dawn. The acting is rather amateurish and not a great deal happens plot-wise but it has some memorable lines (when there is no more room in hell...) and an interesting attempt to expand on the idea rather than retreading the same ground. Easily the best characters are "Frankenstein", the scientist in charge of researching the phenomenon and his zombie sidekick Bub; the scene when they listen to his tapes is genuinely chilling in an "All work and no play..." kind of way! There are some low budget but inventive …

No posts have been made on this movie yet. Be the first to start talking about Day of the Dead!