Get the Gringo Movie Information 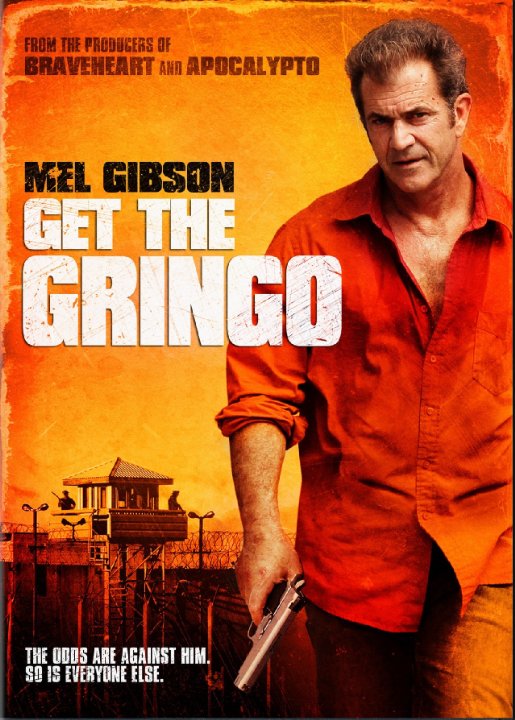 Plot: A criminal with a long rap sheet finds himself in over his head when Mexican authorities send him to an infamous prison. In order to survive, he will have to make the right friends, including one important 9-year-old boy. -- Chris Kavan

This movie was like shawshank redemption in mexico. The acting in this film was good and I like when the story got dark and very enjoyable.

An average action film all around - still, I was expecting this to be bottom of the barrel for Gibson, and it turned out to be highly watchable if not exactly riveting cinema. Still, if you need a quick action fix, you could do much worse. There is enough humor and action to make it somewhat worthwhile on a slow day.

Surprisingly fun action romp. Gibson is back in star form here. There's a decent plot, with some good action and comedic lines. Much better than expected.

A criminal (Mel Gibson) and a 9-year-old boy (Kevin Hernandez), together makes a perfect duo in surviving a Mexican prison.

***
Get the Gringo is a clean action-drama film, or should I say an "at least not boring" film. I really love the music and the editing! A dramatic, while at the same time, thrilling feel made this movie watchable.
Kevin Hernandez (the kid) was awesome. Liked him the moment he entered the frame.
The story, however, for me is slow-phased. Though I appreciate and it is good that they spent much time on establishing the setting because for some audience like me, I am not familiar to the kind of prison setup the movie used. ***SPOILER ALERT*** I also questioned the latter part, where in the middle of a raid, there is an on-going transplant, and Mel Gibson said to …

Get the Gringo review

The Gringo (Mel Gibson) was apprehended in Mexico and was placed in a unique prison that is similar to a mall made in hell. He observes the people responsible for running the place and is aided by a 10 year old who would like to avenge his father's death. Big bosses such as Frank and Javi will find soon discover their fates crossed because of greed and corruption. The soundtrack matched the gritty locations while the action fast paced from car chases, to poetic gun fights and a cleverly written plot (with Gibson having a part of the idea). Performances all around were believable and most of the action sequences were stylish. Some of the violence were brutal which shows the horrible nature of the antagonists. Subjects on revenge, friendship, motherhood, quitting smoking, greed, …

It was called How I Spent My Summer Vacation, but for whatever reason, at least for the U.S. release, they changed the title. It also looks like it won't be getting a theatrical release here, either. I have a feeling the trailer highlights the comedy elements, but in the end it will be geared more towards action/drama (maybe similar to Payback?).

I'm confused about the title of this movie. Was it changed to Get the Gringo? Also, the trailer makes it seem like a comedy, not a drama. It wouldn't be the first time trailers misled.