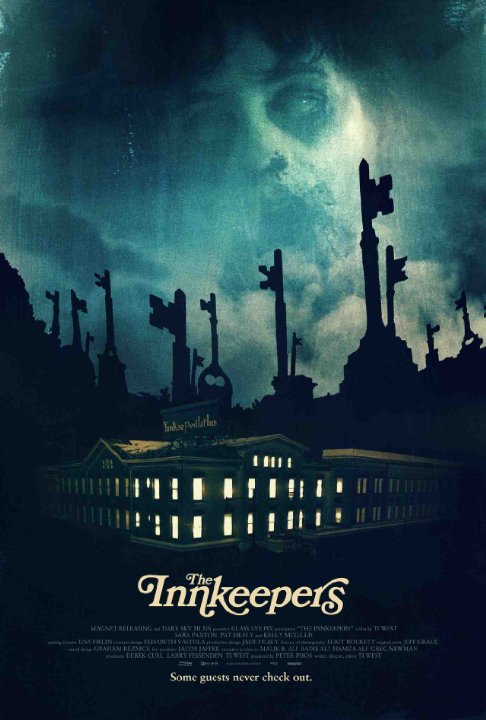 Plot: The venerable Yankee Pedlar Inn is about to see its final days in service. Two employees are bound to reveal its haunted past - but some old guests are determined for those secrets to stay hidden. -- Chris Kavan

This is one of those movies where I just don't get why people like it. This movie has good acting and some parts are pretty creepy, but the movie has one of the dumbest characters in horror in a movie. The movie is not that scary to me and the movie is kind of slow at parts.

A lackluster script with some not too shabby actors. Worst this film could be accused of is not being scary. Little bit of blood, but no real scares. Could be shown to someone who hates to be scared and doesn't mind blood. Decent-ish set, above b-movie actors, not campy, decent-ish make-up, but zero scares. Not hated, just forgettable.

A lot of buildup with just not enough payoff. The concept is there, but its execution leaves a lot to be desired. It just left me more bored than anything else. After this and the disappointing House of the Devil, I'm thinking Ti West just isn't the right horror director for me.

The Innkeepers is a good horror movie. Not the great one it could have been, but a good, solid little horror flick. The film is well made by director Ti West, slowly telling the story with atmosphere instead of hitting you over the head with continuous jump-scares like many horror films nowadays. The fantastic cinematography pulls you into this atmosphere of emptiness that surrounds the characters as they hunt for the ghost in the Hotel basement.

The performances are undeniably first-rate, with Sara Paxton and Pat Healy playing the two lead characters and Kelly McGillis providing a great supporting role. The talented Sara Paxton brings an odd charm to her character, Claire, that makes for an easily likable character that you can hang on to throughout the film. What's disappointing is …

No posts have been made on this movie yet. Be the first to start talking about The Innkeepers!