Bullet to the Head Movie Information 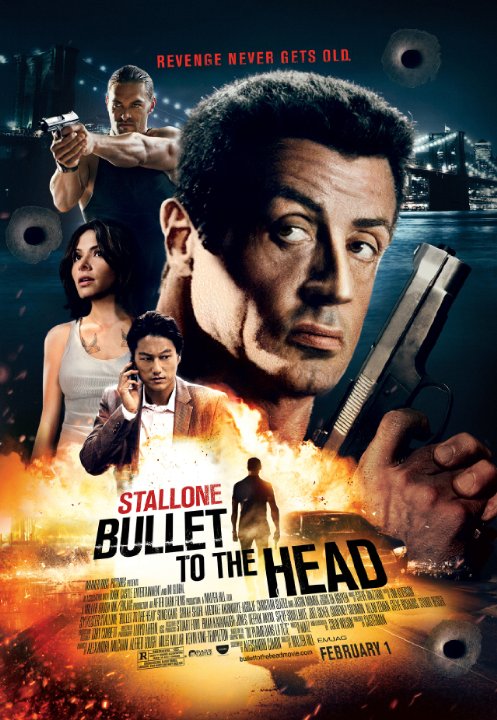 Plot: A a merciless hit man and a cop form an uneasy alliance in order to take down a common enemy responsible for the deaths of their respective partners. -- Chris Kavan

Not the straight-forward action romp that we've seen from Willis and Schwarzenegger this year. This is more of a hard-nosed, gritty cops and crooks flick. Stallone and the others do what is expected, as does the story. It's completely mediocre to the core, but I did mildly enjoy it. Something to rent.

This movie was just really lacking. The action was good, but the plot was just barely there. None of the secondary cast was used to their best. Why not let the cop actually seem like a cop or you know like an adult in steady of a whinny 12 year old? Why not Christian Slater go off like we all know he can? Missed opportunity. If you want to watch something nostalgic for the glory days of action see Arnold's The Last Stand.

Heads straight to the junkyard

Directed by Walter Hill
Starring Sylvester Stallone
1/4
Stallone puts bullets into the heads. But the impact is diluted. This is a lazy action film ever seen. We have big names in the form of Walter Hill (who is famous for western films) and the big blame goes for the writer. It seems like, he was not interested and Stallone forced him to write a story for him. Hill makes a really frustrating film. I do not know why Stallone was chosen for the film a hit man who hates cops and tracks down persons who set him up. He had a good time with the welcome return of The Expendables. Now he has entered into a bad area that will really put a break in his career. Even for his diehard fans, out there nope will be the answer. Alright listen up folks! Sly is showing his body, hits thugs and the …

No posts have been made on this movie yet. Be the first to start talking about Bullet to the Head!