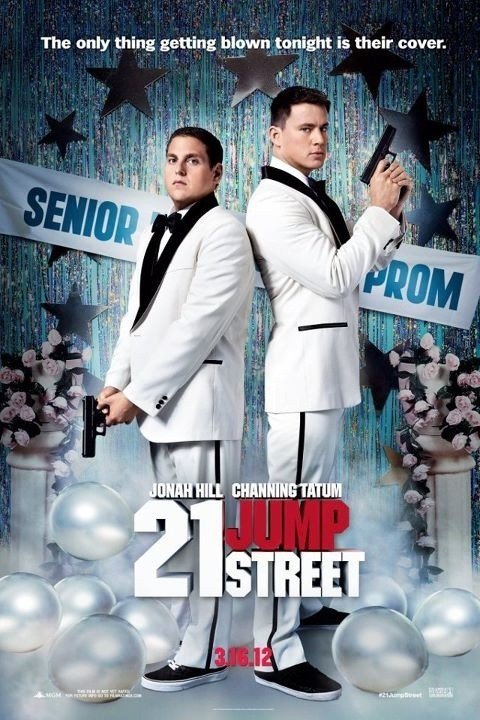 A pretty hilarious send-up of the buddy cop genre with Tatum and Hill actually making a pretty darn good team together. And, who knew that just a few short years later Brie Larson would win an Oscar? A killer cameo from Depp and Ice Cube acting the part and you have a winning formula. It took me long enough to finally see this, but it was worth the wait.

A hilarious buddy cop film which is very self-aware and mocks buddy cop films and our current culture. I loved this movie and was surprised by just how good it was.

21 Jump Street is a Ton of fun

The gross out comedy bromance has pretty much become its own genre at this point, and its formula is precise. Movies like this usually have two male leads and the two are friends until something comes between them, but at the end theyâre friends again. It was great in Superbad, but in recent years itâs gotten a little bit tiresome.

21 Jump Street, Iâm happy to say, is able to separate itself apart from most entries in the genre by adding a crime caper and some genuinely hilarious moments in the mix. Sure the bromance breaks up and then re-unites like all the other movies of this kind, but â21â does a good job of making sure the drama services the characters and their journeys.

Hill and Tatum Nailed It!

Schmidt and Jenko are two individuals who unlikely become partners. They finished high school together and helped each other out to graduate and became police officers. They are tasked to go undercover to a high school to catch the supplier of a drug, and that means, them pretending students again and they have to blend in with these school kids.

I was prepared that this movie would be so awesome and very cool! But when I was actually seeing the movie, yeah, I wasn't prepared enough. The film was indeed a good mix of comedy and action. Tatum and HIll definitely have this charisma doing comedy. Honestly, I knew Hill would do so much good in this, BUT Tatum, I was surprised that he can do such good comedy performance!

What made it awesomer was Johnny Depp playing a character …

A couple of inept rookie cops -- chubby dork Schmidt (Jonah Hill) and a dimwitted muscular jock Jenko (Channing Tatum) are given an assignment by their straight talking Captain Dickson (Ice Cube embracing his role of the stereotypical angry black guy), to go undercover as teenagers (since they are both young-looking) to investigate the explosion of designer drugs called HFS in their high school. Their mission is to arrest the supplier and try their best to stop the spread of the drugs. Enrolled as brothers the pair soon discovers that high school has changed a lot in seven years. When Schmidt and Jenko had originally attended high school, Schmidt was the nerd and Jenko the cool prom …

No posts have been made on this movie yet. Be the first to start talking about 21 Jump Street!