Plot: A man attempts to write a script for Ulysses in order to make it more commercial. But in order to get the best deal, he throws his wife into the mix resulting in disaster for all involved. -- Chris Kavan

A lot of this film is self-involved and overly-intellectualized. If you know a bit of the backstory of the film, it's more fascinating, as there are a lot of interesting parallels between the romantic storyline here and Godard's real life. I give it three stars for the avant garde 30 minute scene in the couple's apartment, which creates emotional cues out of everyday action and gets to the heart of the film in an observational, non-intrusive fashion. Weird conclusion, but I guess I get it.

My first Godard and Bardot movie. It didn't prompt me to see more. It took several years for me to move past this, even though this film is considered a masterpiece. Upon a second viewing, I understood and liked it more. It is about Camille (Brigitte Bardot) who is pimped out by her husband-producer, to receive more money for a film he is working on. She is outraged and there are disastrous consequences for all.

Godard's constant self-centered intellectualism overflow and his constant cascades of artistic, philosophic and cinematic influences have never been a problem to me. Even if he wants to use cinema as an artistic medium to transform the dialogues, the characters, the references and the landscapes into a repetitive reflection of his own perception of the world and the meaning of art in life, such perception is fascinating. His ideas have a tremendous depth which only flaw is not to listen to the ideas of others. I suppose that being a genius comes with a prize.

But that's not the issue here.

Week End (1967) and La Chinoise (1967) would be two of his most flawless, brilliant and impressionistic masterpieces of his whole canon. Both share a sense of disaster and turmoil, and both focus … 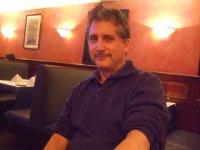 *** This review may contain spoilers ***

For those who were utterly bored by Jean Luc Godard's 'Contempt', I urge you to watch the Criterion Collection's version, with the DVD commentary by Professor Robert Stam turned on. Stam's commentary actually explains what Godard was trying to do in the film and is not only a fascinating analysis of the plot but a wholly worthwhile digression as to the history of the film's production. In no way, however, do I agree with Professor Stam's unqualified praise of its director, Mr. Godard, as well as his implied conclusion that 'Contempt' is an important part of cinematic history.

As Stam points out, 'Contempt' was relatively a big budget production in relation to Godard's other 'New Wave' films during his heyday. The film wouldn't have been made …

Best of the 60s by Protozoid

No posts have been made on this movie yet. Be the first to start talking about Contempt ( mÃ©pris, Le )!