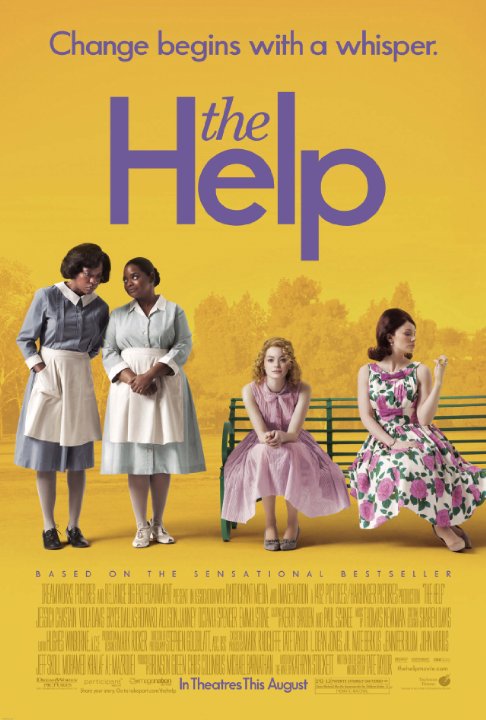 Plot: In 1960s Mississippi, a young woman returns to her small town determined to make it as a writer but when she begins interviewing black women who have spent their lives working for prominent families, it causes an uproar in the community. -- Chris Kavan

Not as powerful as other films about race, but its ensemble cast carries the film all the way.

ZZZZZZZZZZ Bored the crap out of me however the wife and son enjoyed it.

viola davis and octavia spencer give stunningly powerful performaces in this film. i am thrilled that octavia spencer won the academy award for best supporting actress and i am furious that viola davis did not win for best actress. she deserved to win hands down. definitely a top5 film.

The movie takes place during the 1960s, who build an unlikely friendship around a secret writing project that breaks societal rules and puts them all at risk. From their improbable alliance a remarkable sisterhood emerges, instilling all of them with the courage to transcend the lines that define them, and the realization that sometimes those lines are made to be crossed-even if it means bringing everyone in town face-to-face with the changing times.

The strongest part of this movie is the is all the performances. Viola Davis almost brought me into tears, am not kidding. Her character goes through a lot of sh't in this movie and I felt so sorry for her. Bryce Dallas Howard did a great job of playing such a horrible and despicable character in this …

Not a great film, but there's not much to dislike about this film. Tate Taylor's direction isn't all that special, but while the direction isn't great, he doesn't let his direction hold the film back. However, he did do one thing right; he let the actors act. The acting in The Help is terrific, great performances all around. Emma Stone is the "main" character and does a fine job. Viola Davis shines as the lead maid and Octavia Spencer is solid as well. One performance that isn't getting as much attention is Allison Janney; she's absolutely stunning and I don't think the film would be as good without her. The performance for me though is by Jessica Chastain...a truly fascinating character fueled by a masterful performance.

The Help is a must see film! A wonderful story fueled by …

It is the late 1950âs and an aspiring journalist Skeeter (Emma Stone) observes the inequities of the social strata and decides to write a book about the life of maids in Jackson. She knows what she is doing is against the law and has a hard time getting cooperation from the maids until finally she enlists, a reluctant black housemaid who eventually decides to reveal her story. Later the word gets out about the book and many more house maids decide to tell their story including Minny Jackson (Octavia Spencer) who was once in the employ of Hilly Holbrook, the most racist and insensitive of the bigoted white women.

Great cast of actresses in the form of the bubbly Emma Stone, a lively Jessica Chastain, a hateful Bryce Dallas Howard, the magnificent Viola Davis, the remarkable Octavia …

This movie was unbelievable. I never had the opportunity to read the book and originally I had no interest in seeing the movie either. However, a friend of mine said that it was incredible and had the ability to make anyone laugh and cry all at the same time. I went with my sister and mother and wow did I cry most of the time. The actors really brought these characters of household help/ caregivers to life. It was just so moving.

I think the cast looks great - but it's not exactly the type of film I seek out. It's based on a popular book, so it already has a built-in audience, it just matters how the characters are portrayed. I don't see it doing huge business, but I have a feeling it won't be a disappointment at the box office either.

This movie does not look good to me.

I love Octavia Spencer. I'm glad to see her in more mainstream films and I'm really looking forward to seeing this one.