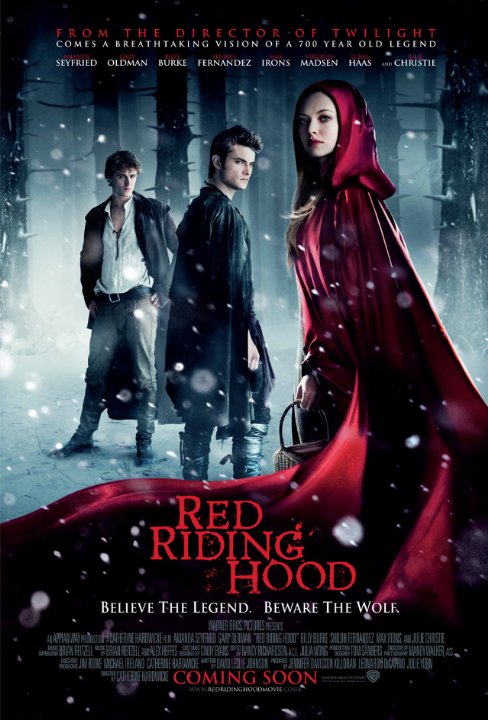 Plot: A medieval village is being terrorized by a werewolf. Amidst the chaos a young woman begins a relationship with an orphaned woodcutter, but her family objects. -- Chris Kavan

Okay short review here we go. This movie blows and Gary Oldman is wasted in this movie, The end.

Dreadful from the wardrobe, video-game like soundtrack, inept dialogs and effects. This critic wonders why fairy tales are 1) Being brought to the big screen 2) Made darker 3) Twisted in a very bad way. For some arcane reason, Lukas Haas is always associated with very lousy films. Not sure how the talented veteran such as Oldman signed up for this. Lacks character development and onscreen chemistry between the artists. It's saddening how the plot was produced and the pace is a fairy tale in itself, which is the ability to make you fall asleep. Ludicrous and preposterous from beginning to end, Red Riding Hood follows the formula of Twilight, which unbearable to watch.

In the beginning there was a village sacrificing pigs and such to the mysterious wolf that has been terrorizing the village for longer than anyone can remember. The only way to stop the wolf from killing anyone is to make those sacrifices. But one day the wolf kills the main characters sister. Then the village gets sick of all of it and goes out to hunt the wolf. That is when a priest comes and terrorizes the village in the name of "good". If you watch this movie you will be kept in the suspense of trying to find out who the wolf is for a long time. There is violence and blood. Also an obvious love triangle. Actually a pretty good movie.

No posts have been made on this movie yet. Be the first to start talking about Red Riding Hood!