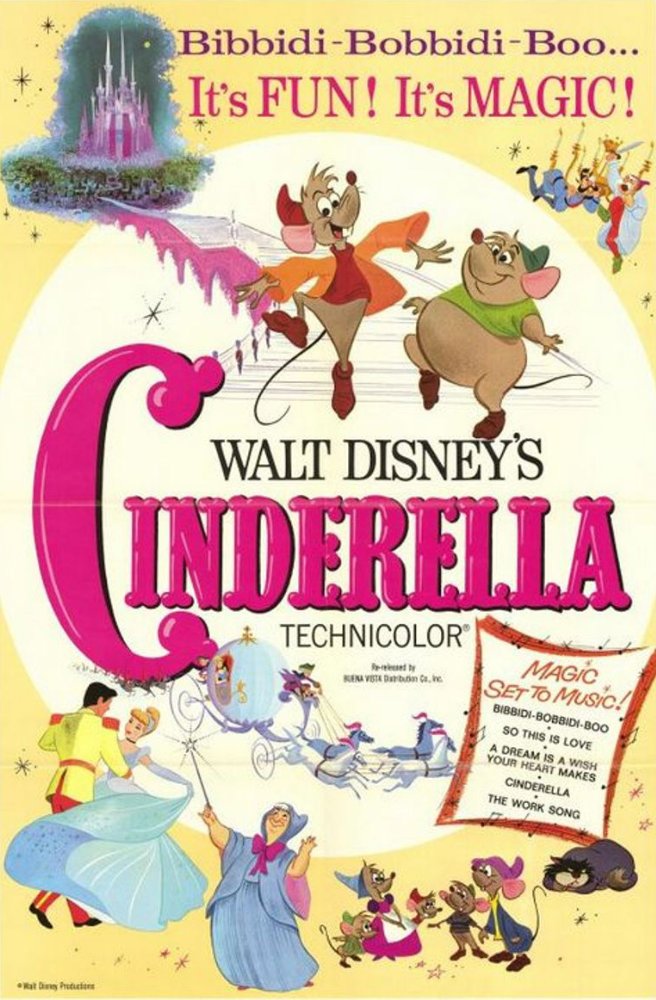 Plot: A woman, horribly mistreated by her step-family, magically changes into a stunning beauty. -- sapien

A beloved fairy tale that saved Disney from bankruptcy, "Cinderella" is still one of the company's best animated features.

The film is about a woman, horribly mistreated by her step-family, magically changes into a stunning beauty. This movie has outstanding animation and a classic story which grow ups and little children will love.

The best movie of first decade of Walt Disney

"Cinderella" is based on the French author Charles Perrault (January 12, 1628âMay 16, 1703) 17th century fable about a seriously mistreated stepdaughter who finds her "Prince Charming" (voiced William Phipps) with the help from her "Fairy Godmother" (voiced Verna Felton).

The script of this movie is fairly weak, but the classic Disney animation is spectacular -- even after 55 years.

There are a few plot holes, and poor character development. Many of the characters could have been expanded on a lot more.

One character that's poorly developed, more than any other in the movie is "Prince Charming". The character is wonderfully animated, like the rest, but he has the fewest lines and screen time. Another character that should have got more screen time is the "Fairy Godmother", …

Re-watching won't turn you into a pumpkin

Having not seen "Cinderella" since I was a child (just a FEW years ago), I watched it with my niece this weekend. Since the 1950 movie is sort of "grandfathered-ion" as a Disney classic, it's hard to "review" it 58 years later. However, the experience was quite valuable for other, more "current" reasons.

First, I hadn't really thought lately about how many movies and TV shows have come from this story. I'm pretty sure it was not an original story for Disney, but it probably remains the definitive version.

That said, I had forgotten how much the basic story was embellished by Disney. Actual plot points, such as the fairy godmother, the transformation, etc. take up very little screen time. I'm guessing the antics of the mice take up three times the amount of screen time, …

Because Disney keeps throwing it in their f^&amp;amp;king vault- wherever it is- so nobody can watch it!

Why is this not as respected as it should be.&amp;nbsp; It is so old and still so precious!