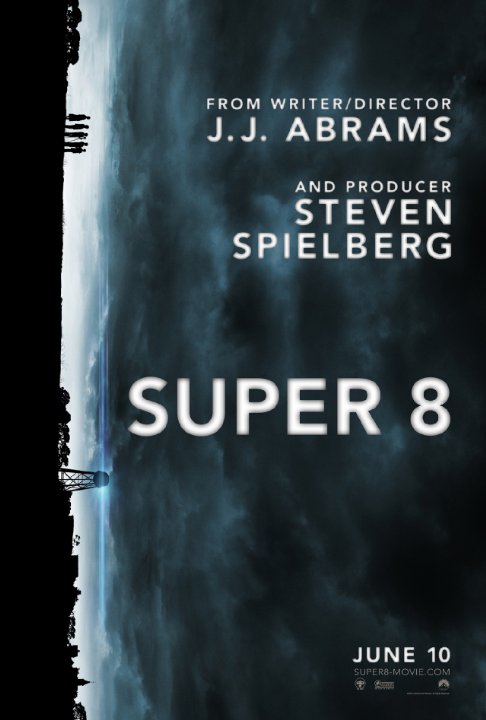 Plot: A group of six children filming a home movie with a Super 8 camera witness a horrific train crash on a remote railway crossing. Yet the crash is only the beginning of the ordeal, as the train bound from Area 51 carries an inhuman cargo that has now been set free. -- Chris Kavan

The story is about a group of six children filming a home movie with a Super 8 camera witness a horrific train crash on a remote railway crossing. Yet the crash is only the beginning of the ordeal, as the train bound from Area 51 carries an inhuman cargo that has now been set free. This movie has great CGI and really good kid actors.

I didn't know a thing about this movie before I watched it, and that's probably one of the reasons I was so impressed by it. Regardless, this is a very good film, with a great score and even (wait for it) kids who can actually act. Top twenty favorite films.

Truth is...I didn't want to see this that bad. I only saw it because it got good reviews and the movie that I originally wanted to see (Green Lantern) didn't. I'm so so glad I saw this film in theaters! It blew me away and I absolutely loved it! One of the best films of 2011,

First off, props to the kid actors. They were excellent, especially Joel Courtney and Elle Fanning. Sometimes films that revolve mainly around kids fail because of annoying performances, but Super 8 was very good. I thought all the young actors did a fantastic job, as did the entire cast, but this movie's all about the kids.

The story and pace of the film were also very good. The premise of the story is something that isn't entirely original, especially as of late, but I thought it was brilliantly executed by …

A group of high school geeks with an obsession with zombie movies witness a train wreck that contains a secret the military are desperate to cover up. Super 8 self-consciously harks back to the classic family sci-fi movies of the late 70s and early 80s and it comes as no surprise that Steven Spielberg's name is attached to the project. He's clearly a very hands-on producer as Super 8 reeks of his influence and has the kind of family friendly charm that he's always been so good at. The story is essentially The Goonies meet E.T., if E.T. were huge and very pissed off! The cast of youngsters are very impressive indeed and far from the usual irritating brats that populate Hollywood blockbusters, with Ellie Fanning in particular putting in very watchable performance as the reluctant heroine. …

There was news today that J.J. Abrams was looking for young actresses to fill ANOTHER film role, but rumor is it was really for Super 8 - so I guess that news will have to tide you over for now.http://www.slashfilm.com/ 2010/06/02/recent-bad-rob ot-casting-call-is-for-li ttle-darlings-not-super-8 or-is-it/

Oh I can't wait. I love J.J. Abrams and I have a feeling this film will be even more amazing than &quot;Cloverfield&quot;. It's painful waiting for this flick!

The teaser trailer for this really makes me want to know what this movie is about.&amp;nbsp; And with Spielberg and Abrams, it's gonna be awesome, isn't it?