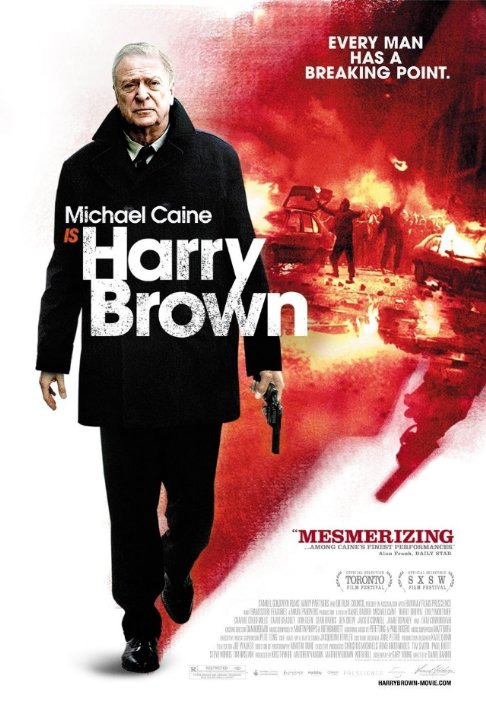 Plot: An ex-serviceman turns vigilante after his best friend is murdered. -- Chris Kavan

Harry is one pissed off old man.

An elderly ex-marine takes justice into his own hands when a local gang terrorise and murder his only friend. It's very easy to try and draw a comparison between Harry Brown and Gran Torino, being released as they were at around the same time, both featuring ageing vigilantes and both starring veteran stalwarts of tough guy cinema. But the comparison would only hold water if Gran Torino had been written and directed by Sylvester Stallone instead of Clint Eastwood. Michael Caine's performance is actually the only aspect of the film of any merit whatsoever and I must say that its quality serves only to throw into sharp relief just how dreadful everyone else involved are and to give credibility to a film that in essence is nothing more than exploitative trash. It contains exactly the same …

Every Man has a Breaking Point

Its difficult to see where Harry Brown is going, is it a geriatric âDeath Wishâ, a British version of âGran Torinoâ or just a parable of a broken Britain reflected in the UK media.
Sir Michael Caine is as compelling as he always is, playing an ex marine who may have one foot in the grave but is as tough as an old boot, unfortunately, a script bordering on sensationalism, cartoon like villains and a rather questionable moral stance all help to negate a cracking performance.
Harry Brown attempts to be hard hitting, gritty and brutal but as a political overview of a crime-ridden underbelly of British society, it is so over the top that it makes an episode of âThe A Teamâ look like well-constructed realism.
Entertaining to a point but take Caine out of the mix and a mediocre …

No posts have been made on this movie yet. Be the first to start talking about Harry Brown!