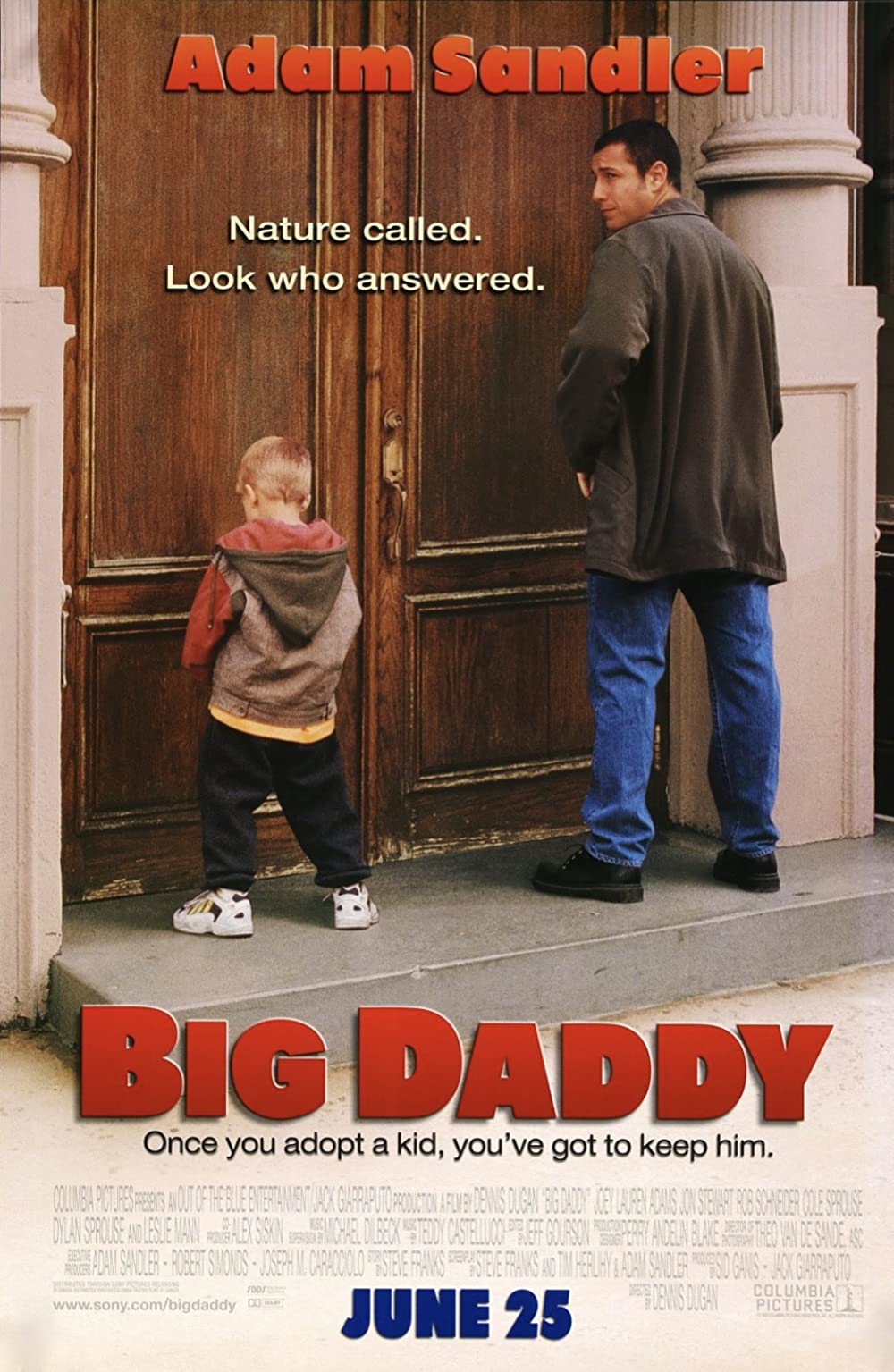 Plot: A lazy law school grad, after breaking up with his girlfriend, takes a charge of a 5-year-old while his father is away on a business trip and finds the real meaning of responsibility.

More irritating than the Kangaroo Song is annoyingly catchy, the unacceptable "Big Daddy" sees Adam Sandler at his meanest.

Come on... Its Adam Sandler as a dad. It is a good movie with a lot of laughs and fun characters.

1 of the few Adam Sandler movies I actually truly enjoyed

Adam Sandler plays Sonny Koufax, a law graduate who spends one day a week working as a tollbooth operator, and the rest of the time living off a large settlement he got from being hit by a car. His girlfriend wants him to move on with his life, maybe go back to law school, but Sonny is far too self-absorbed, and she walks out on him.

He shares a luxurious studio with his successful roommate Kevin (Jon Stewart), but when his roommate takes off on a business trip to China, Sonny has a kid literally dropped onto his doorstep one day, with a note explaining that this is his roommate's son.

The tyke, named Julian (and portrayed by Cole and Dylan Sprouse), is Kevin's illegitimate son. Apparently the mother is sick and wants Kevin to raise the lad. Sonny pretends to be Kevin, adopts the …

No posts have been made on this movie yet. Be the first to start talking about Big Daddy!