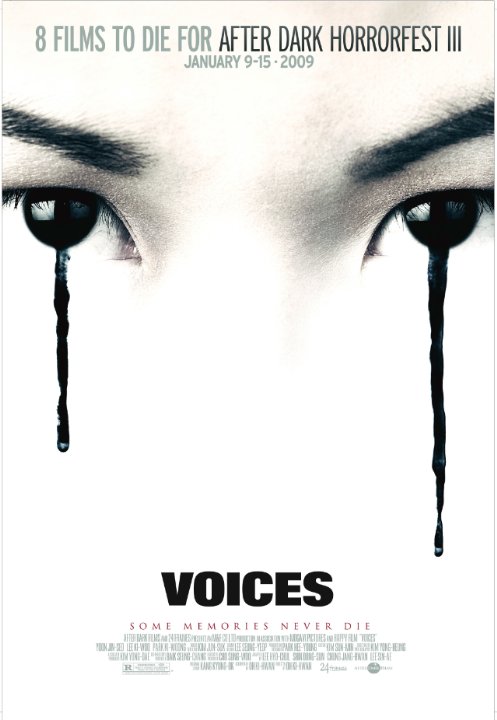 Plot: After a terrible tragedy in her family Ga-in Kim is warned in her dreams that she is the next to die. From the following morning she is not safe from anyone anywhere. Ga-in Kim must now survive long enough to figure out how to break the death curse. -- Tjommi

Voices ( Du saram-yida) is a Korean horror movie that was first introduced to the western audience at the 2008 After dark horrorfest, and was if I am not mistaken made in 2007. In order not to ruin the beginning of the movie for you I will not go in to to many details other than what I already wrote in the plot description suggestion for this movie.

After a terrible tragedy in her family where her aunt dies Ga-in Kim get a warning in her dreams that she is the next one to die. From that moment on her world is turned upside down, as she her life is now constantly in danger. Ga-in Kim must now survive long enough to figure out a way to break the curse.

Now I might be a little biased as I have yet to see an After dark movie that I havenât liked. That being said this is a good story …

After Dark Horrorfest movies by tim71

No posts have been made on this movie yet. Be the first to start talking about Voices ( Du saram-yida )!