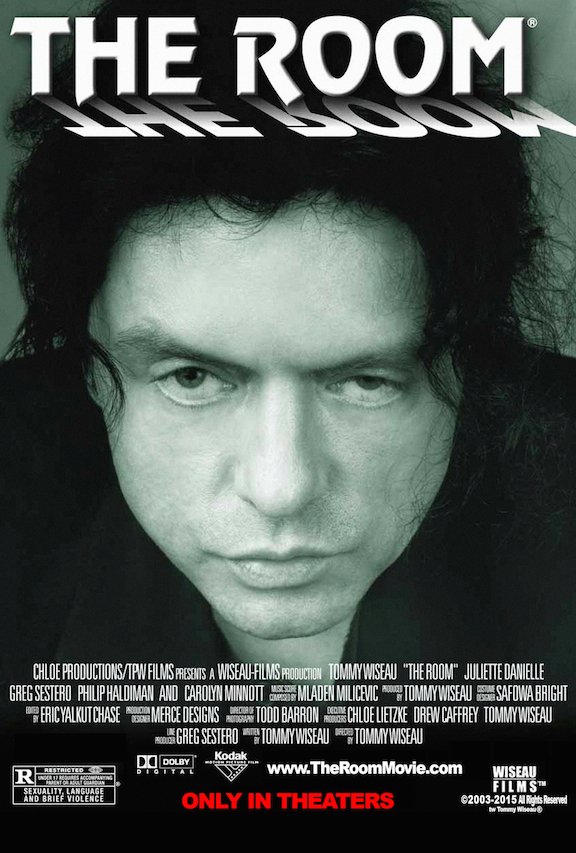 Plot: Tommy Wiseau's directorial debut features himself as the main character, Johnny, in his darkest hour. The bank he works for steals his idea and doesn't give him a promotion; his girlfriend Lisa doesn't love him anymore and cheats on him with his best friend; and Johnny is really ugly. There are various other subplots that are introduced but never explored in this gem of a film. -- Dylan

The best of the worst, all those bizarre things people say about Tommy Wiseau's "The Room" are 100% accurate. Masterpiece? No. But an ambition cult-status classic? For sure. A rating on a movie like this is meaningless.

This movie is hilarious. How boring do you have to be to give this the lowest possible rating? On a technical level, yes it is awful. However, The Room is much more entertaining than a lot of technically brilliant movies. The Room is memorable and extremely quotable. The making of this film is almost as interesting as the movie itself. Highly recommended to any film fan.

There's no getting around the fact that 'The Room' is terrible in every single aspect that a film can be. Hands down, one of the worst ever made. It's such a colossal failure that it becomes hilarious. Yes, it's another one I deem 'so bad it's good'. I rarely bestow that title on films. They have to be truly beyond awful and make me laugh at their complete ineptitude. 'The Room' succeeds highly on this front. If I hadn't known this was a seriously intended film before watching, I'd have thought it was a parody. A really funny parody, at that. Many laughs to be had here, but oh so amazingly bad.

The Room does not live up to its reputation sadly.

This is one of the most infamous cult movies of the past twenty years due to being so reputedly terrible. And it is but the worst part is that it's not that fun to watch. It's actually surprisingly boring at times. The most famous moments that have earned notoriety on the internet and beyond are still worth seeing in full context with the nonexistent plot (written by star and director Tommy Wiseau himself!). Audiences that aren't falling asleep will likely be angry at the thinly veiled misogyny as represented by Juliette Danielle's frightfully bitchy role as Wiseau's adulterous fiance. Greg Sestero plays Wiseau's friend Mark (supposedly in honor of Matt Damon) and Philip Haldiman is the relentlessly creepy next-door neighbor Denny who's either a retard or a serial killer or both. He'll …

No posts have been made on this movie yet. Be the first to start talking about The Room!