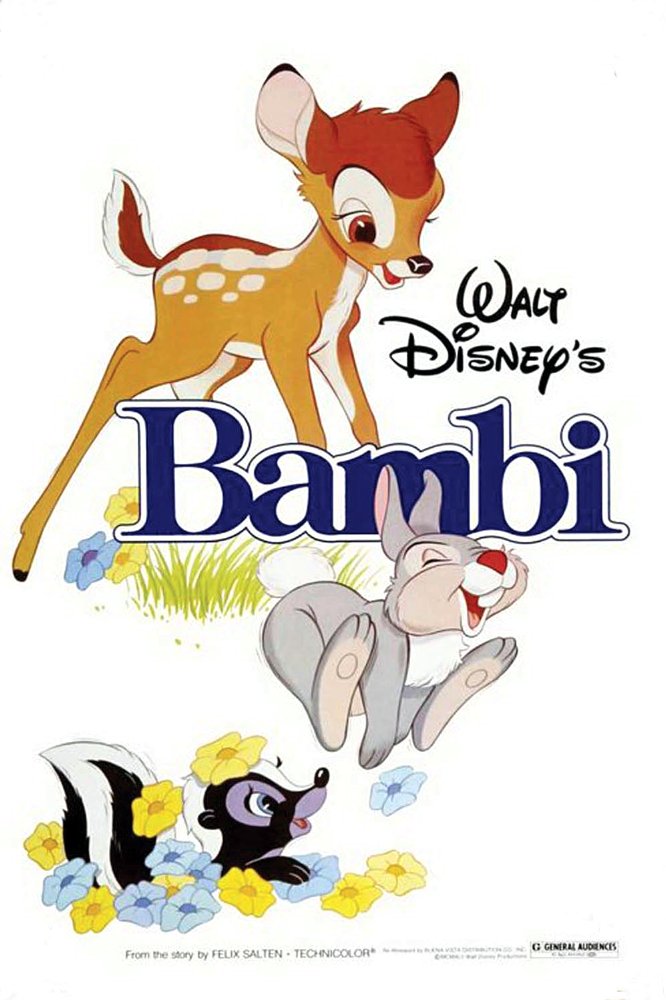 Plot: A year in the life of a deer named Bambi.

I can't believe they killed Bambi's mother!!! That part of course is most of what I can remember about this movie.

The story is about a year in the life of a deer named Bambi. This movie is heartbreaking and upsetting and joyful all at the same damn time.

It can be difficult for an animal to grow up in the forest, and a deer Bambi (Bobby Stewart, Donnie Dunagan, Hardie Albright, and John Sutherland) knew learned all about that when his mother died. A year in the life of the young Prince of the Forest is told in âBambi.â

While a visually stunning masterpiece, thereâs not really much plot. I mean, you have Bambi and his friends, and theyâre playing in the forest, and itâs really adorable, but nothing ever happens. There are some plot points that keep the story interesting, but none of them are very useful and give the movie a pointless and confusing message. In short, the movie is confusingly adorable.

I will go back and say that the movie really is a work of art. The animation is the most realistic of its time, and even …

Animation has for almost a century been a medium mostly left to comedy, they can just simply do things in cartoons that you can't in normal films (mostly for humor). Bambi displayed the ability to add drama and beauty to the drawings. After seeing the film you really feel that a deer would almost come up to you and start a conversation. We relate to the characters when we see them, which allows the emotion to work so well in Bambi. The characters are drawn to fit the personalities so well, and it is just amazing to believe they did this all with a piece of paper, a pencil, and over half a century ago. The animation of the forest and backgrounds is simply amazing, and done in such a beautiful and simple way. Which, when you get down the core of it all, is the main point of Bambi, its …

No posts have been made on this movie yet. Be the first to start talking about Bambi!