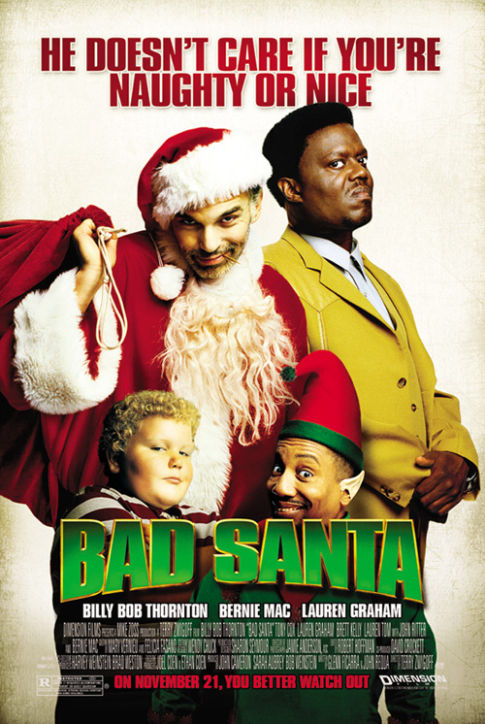 Plot: A conman and his small friend play Santa and his Little Helper in order to case and rob malls on Christmas Eve. Everything has been going good until an overweight 8-year old with self-esteem issues and a hot bartender with a thing for Santa complicate matters.

You want to watch this movie? Tell you what, go stand in front of a mirror with your favorite bottle of booze, have a conversation with anyone you wish, the only words you can speak are laced with at least two expletives a sentence, drink heartily and then do a life assessment and realize that you're a piece of trash who finds crass low grade humor like this remotely watchable. Barely passing grade but there is NO body I would recommend this movie to. ,

Crass, rude, and sexual black comedy involving criminals at Christmas time. This is one non-mainstream structured film that managed to be a mainstream hit. It's not because of the crassness, either. The unapologetic nature, mixed with some odd holiday sentimentality and the lack of a predictable plot and characters, are the real strengths here. It offers something new in it's narrative and comedy. I grew a fond respect for it over repeated viewings.

No posts have been made on this movie yet. Be the first to start talking about Bad Santa!