In the Loop Movie Information 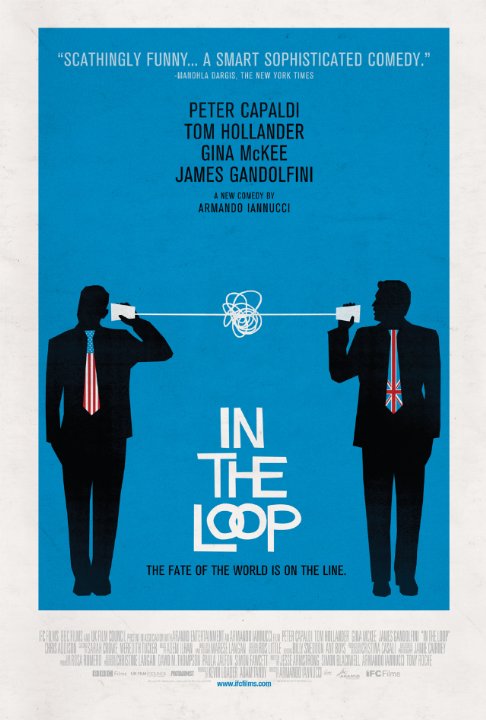 Plot: When the US and UK decide to go to war, it takes the right group of people, along with a lot of spin, backroom politics and gossip, to make the war go away.

A political satire with both brains and brawn, "In the Loop" portrays diplomacy in a foul, unglamorous, but funny way that is realistically more fact than farce.

Full of a combination of barbed political satire and light-hearted slapstick humor, "In the Loop" is a brilliantly-written and executed political comedy that takes aim at several levels of governmental incompetence. The film is consistently funny and pointed in its tongue-in-cheek critique of various political institutions.

I found some pretty funny moments here and there, but didn't care for the story or characters much. Peter Capaldi provides the best moments, with his constant angry cursing manner. He delivers some memorable insults.

"In The Loop" by Yojimbo

The Americans fancy another war, so backroom spin doctor Peter Capaldi sets about making sure that his British ministers tow the party line and take it up the ass in the name of our "special relationship". In The Loop is basically a big screen version of British political satire The Thick Of It, but incredibly, it manages to keep the essence of the show, no doubt at the cost of any semblance of box office receipts. Incredibly dark and witty, Armando Iannucci and Capaldi have managed to create a character that will become the stuff of comedy legend. His foul mouthed tirades against his quaking subordinates are as hilarious as they are excruciating and uses the kind of creative obscenities that we haven't seen the like of since Withnail & I. It also has the blend of political nightmare …

No posts have been made on this movie yet. Be the first to start talking about In the Loop!