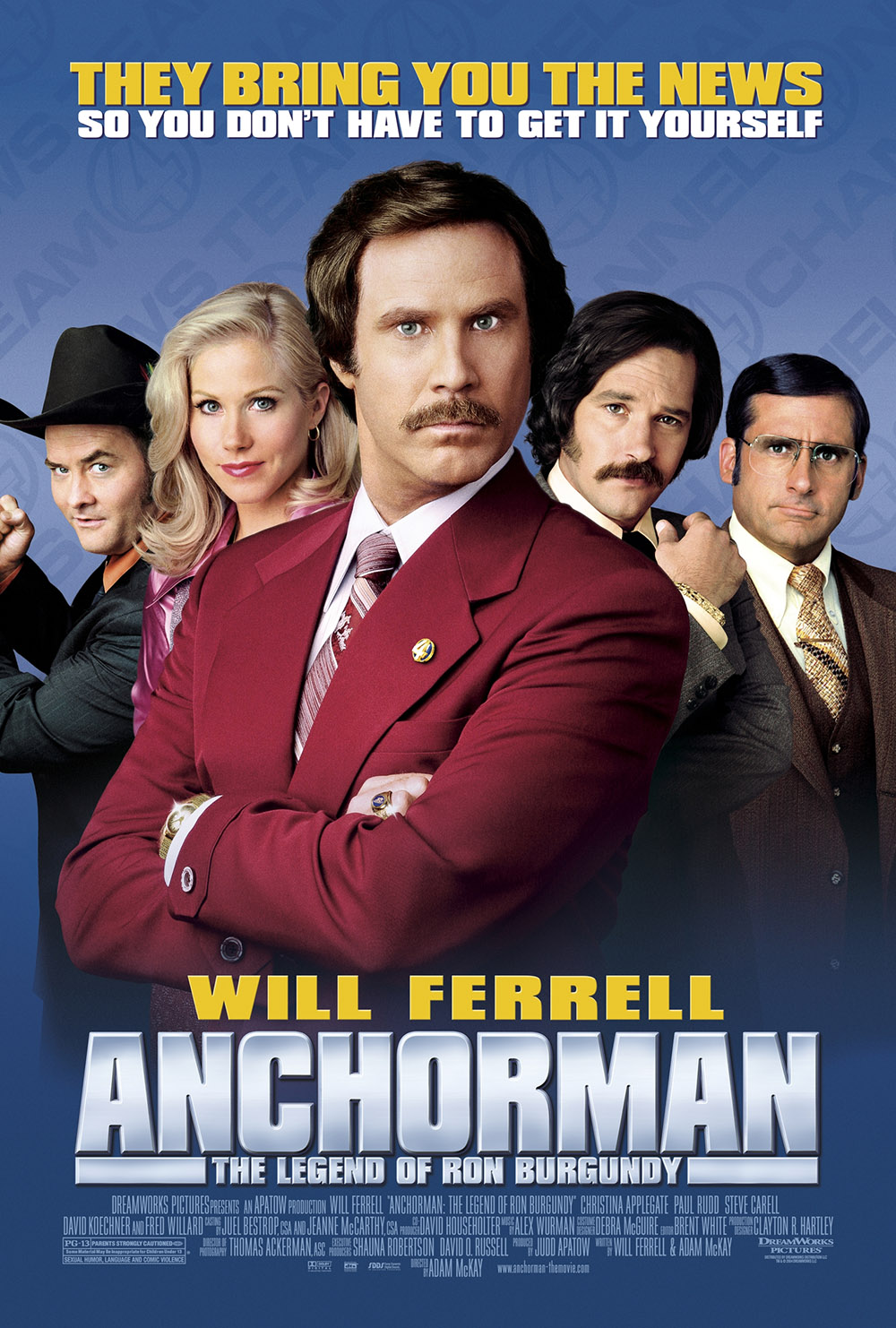 Plot: Ron Burgundy is a chauvinistic local news anchor that gets into a hilarious feud when the station pairs him up with a female anchor.

Undeniably iconic and quotable, it's also one of the most original movie satires.

Humorous riff on the 'Action news' format of reporting back in the '70s and with a rare anti-chauvinist message not usually seen in male oriented comedies. Will Ferrell and his costars are pretty funny together. The jokes are hit-or-miss but like any older comedy film, there's so many being thrown at the audience, chances are you'll like something.

A movie quoted by misogynists and "bro's" all too frequently. That's its intended audience. Some parts are funny, but the whole mess is very overrated and dumbed down to appeal to said audience.

"I don't know what we're yelling about!"

Because I'm easily entertained, I found parts of Anchorman to be entertaining, but for the most part, the movie was really poor.

The story for Anchorman was really stupid, almost lacking, but some of the jokes kept me entertained. Some of the jokes, however, were old before they said them. "I am lamp" is a great example of that. However, when Steve Carell's character would say something, or yell, I would find myself laughing, maybe just a little.

The characters, for the most part, were pretty stupid. I didn't like Ron Burgundy, and the other characters were only reacting to him. The only character I really laughed at, as I said before, was Steve Carell's.

For the most part, Anchorman wasn't even worth watching, even for the little jokes that I liked.

Not a very funny movie

"Ron Burgundy" (Will Ferrell) is the most popular news anchorman in 1970s San Diego, despite being an immature bafoon. His career is jeopardized when the station hires an attractive female reporter (Christina Applegate) who wants to be the first female anchorperson.

This movie is not as funny as the TV promos lead you to believe. Although it does have some funny moments, but not enough to make it a good comedy. The comedy bits that do make you laugh will make you giggle, but nothing more.

The cast itself is fair, but are one-dementional for the most part. The best defined are those played by Applegate and Ferrell.

The performances, for the most part aren't that good as a whole -- with exception to Applegate, and Ferrell. In my opinion, Applegate was the best of the performers …

No posts have been made on this movie yet. Be the first to start talking about Anchorman: The Legend of Ron Burgundy!