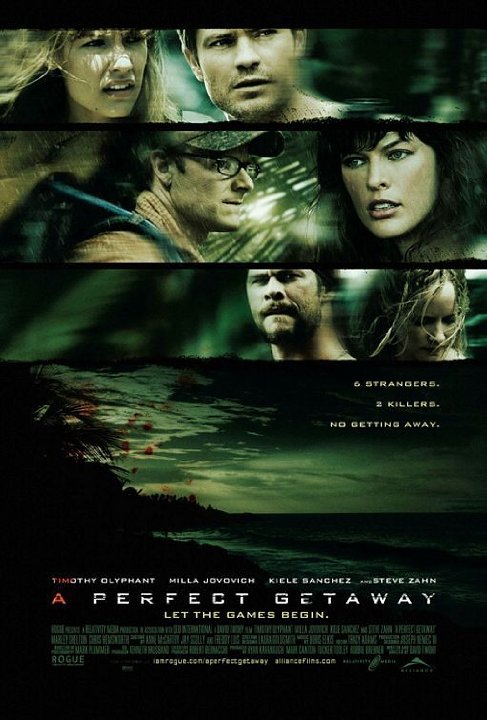 Plot: A couple enjoying their honeymoon by exploring a remote Hawaiian paradise come across a terrified group of people who discuss a gruesome murder of another couple. Deciding not to turn back, they seek out two other couples, but soon find there is not safety in numbers as they fight for survival. -- Chris Kavan

An excellent thriller with a relentless sense of pacing and a couple of great twists. The highlight is Steve Zahn vs. Timothy Olyphant in a macho battle of egos. The Hawaiian scenery is lush and beautiful.

This one gets mixed reviews from people. I like Timothy Olyphant so I swing to the side of the people who like this movie. Steve Zahn shows some interesting acting. It's a thriller killer chiller in Hawaii. Lots of playing with the audience and misleading clues. I tried not to figure it out and just took the ride. Certainly not special, but I've watched it twice.

Started off REAL slow then when it started to pick up, I was so bored I didnt care anymore.I was almost asleep.The ending sucked as well

A Perfect Getaway" by Yojimbo

A pair of honeymooners go on a secluded Hawaiian adventure trail but when they hear of a series of murders nearby they begin to suspect their travelling companions. I like David Twohy. Although his films are never exactly ground breaking, they are always visually pleasing, entertaining and inventive and A Perfect Getaway is another example. Probably his most mainstream effort to date, the serial killer movie with the inevitable twist is a very familiar formula but he manages to create quite an entertaining ride during its 90 minute length. The watchable cast are all fine and it provides enough in the way of twists and turns to maintain the interest but like Shutter Island, the only real drawback is the strength of the twist. There just aren't enough "suspects" making the big revelation a …

No posts have been made on this movie yet. Be the first to start talking about A Perfect Getaway!